In the hours leading up to the departure, there was not one, but TWO Captain Campbells aboard the TS Kennedy.

Both Captain Campbells were both spotted in the Crew Mess, in the Master's Suite, and on the Bridge.At first, crew members and cadets thought they were seeing double and considered heading over to Sick Bay to get checked out.

When they stopped and took a closer look, they realized that one Captain Campbell appeared to be a "few years" younger than the other.

That's when they realized that the second Captain was actually Christian Campbell, the first Captain Michael J. Campbell's son.

Christian Campbell has grown up not only hearing stories about "Daddy's Ship", but also spending time on board.  He has even had a few sleepovers in the Master's Suite.  Christian is also the only person invited to sit in the Captain's chair on the Bridge.

The Bridge was a busy place on Sunday morning.  Crew members, cadets on watch, and Regimental Ship Commander, Bobby Sirois were standing by.  There was one big job that needed to be done before departure - test the ship's whistle in three different locations.  Captain Michael J. Campbell looked over the talented mariners before him and chose the person best suited for the duty.  Of course, it had to be done done by Captain Christian Campbell.

When it was time for the gangway to be removed and the lines to be released, Christian had to say goodbye to his dad, and hurry down the gangway with his mom and his sister, Kyrie.  You can be sure, however, that the spirt and energy of young Captain Christian Campbell will linger aboard the TS Kennedy throughout Sea Term 2023.

Tomorrow, Captain Christian Campbell will have a lot to tell his third grade class at Narragansett Elementary School in Narragansett, Rhode Island.  The class is participating in the Follow The Voyage-Share The Experience Program.

Let's take a look at Captain Christian Campbell's Sunday aboard the TS Kennedy. 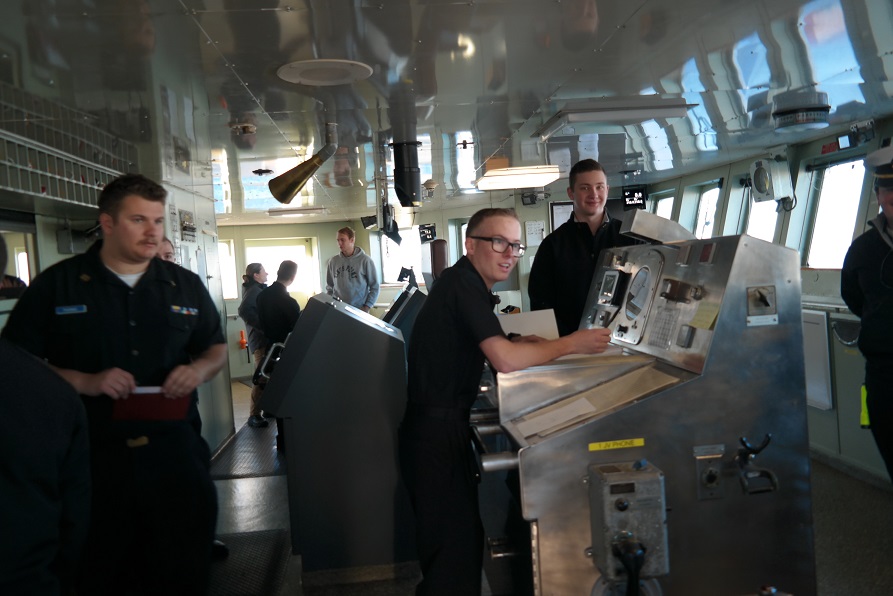 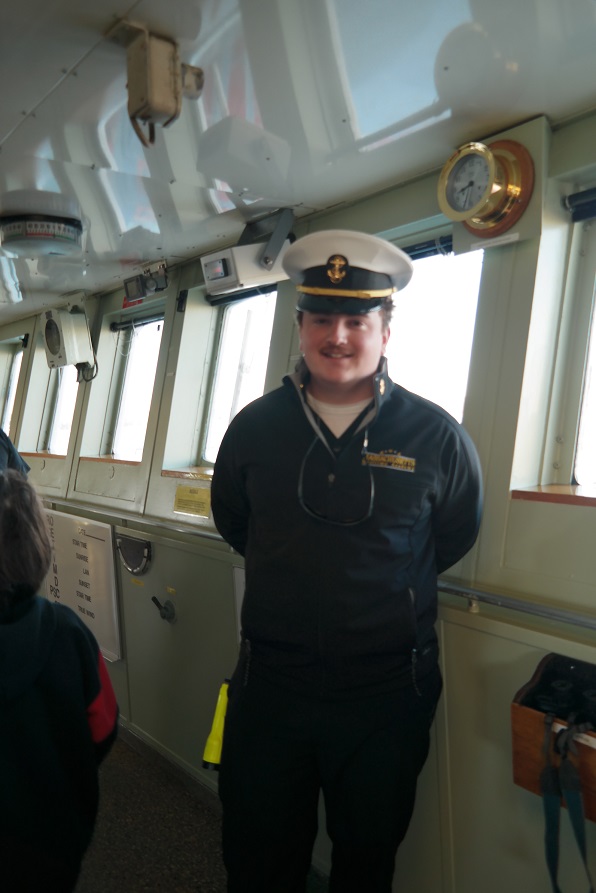 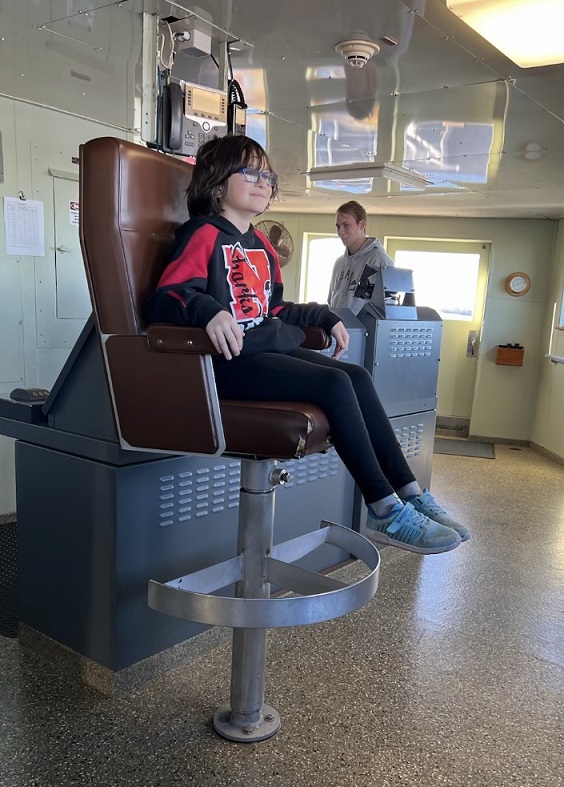 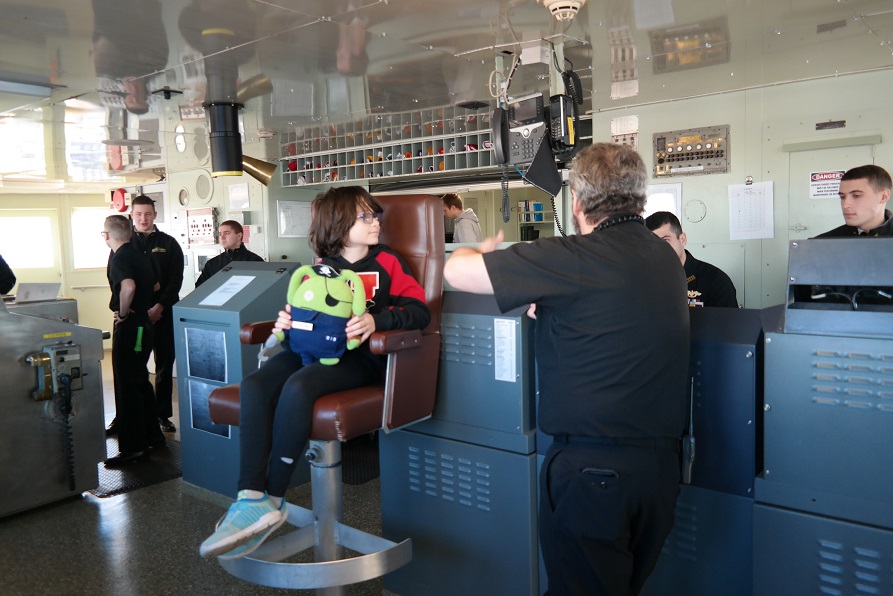 Here are some brief video clips of Christian sounding the ship's whistle.