I have received many emails asking if the cadets and crew of the TS Kennedy have ever had to shout, “Man overboard!”  Thankfully, they haven’t.  Also, throughout my long career at sea, I have never been working aboard a ship when a “Man overboard!” cry was necessary.

That said, our cadets and crew are well prepared should such an emergency occur aboard the TS Kennedy.  Every cadet knows how to react and respond.  The orange poster that accompanies this log is displayed on the Bridge.  It should answer many of the questions that you have asked about the steps that we would follow.  By now, you have seen photos of the lifebuoys located on the Main Deck of our ship.  They hang from the bow to the stern, on both the port and starboard sides.  Back on land, people often use lifebuoys as decorations in their home or on their patio.  Aboard ships at sea, however, they are considered vital pieces of lifesaving equipment.

Back at the Academy, cadets majoring in Marine Transportation take a class called Applied Ship Handling.  In this course, they learn the Williamson Turn.  Here is a chart illustrating the Williamson Turn that is displayed on the Bridge, directly opposite the helm.

This turn was named after Navy Captain John Williamson who developed this rescue technique in 1942 while serving as an instructor in Anti-Submarine Warfare and Seamanship in the Subchaser Training Center in Miami, Florida.

I am not sure if she will be able to find one, but I will ask Mrs. Franks to search for a video or two that explains the Williamson Turn.

I am proud that our cadets are ready to handle emergencies, although I hope that these skills are never put to the test. 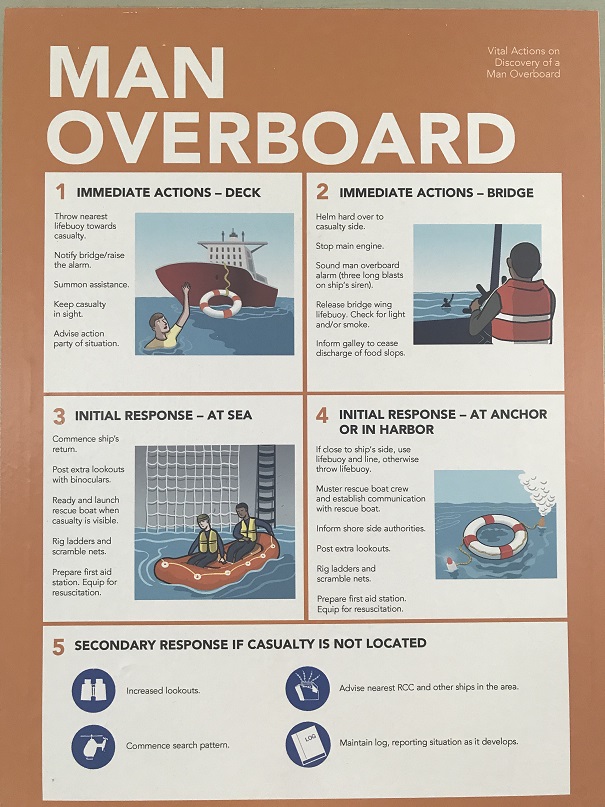 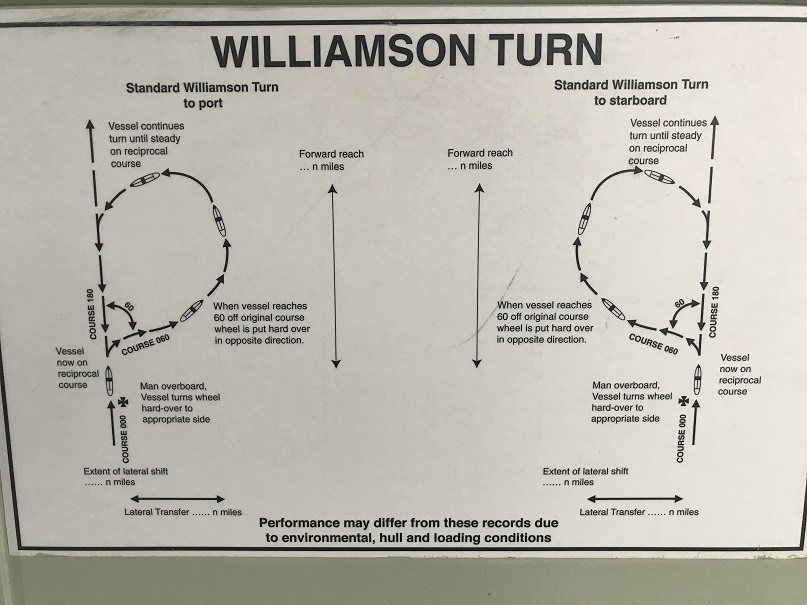 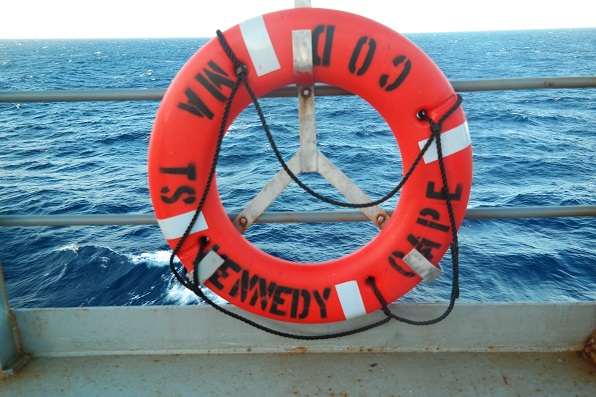 Captain Campbell, I was able to find this 2008 video that introduces us to Navy Captain John Williamson.  Students can watch him demonstrate the turn that he developed.

Students, do you want to take a closer look at how a ship makes a Williamson turn?  Check out this video!