“Hello, everyone!  Greetings from sea!  As some of you know we left Buzzards Bay yesterday (Sunday) and are heading towards Mayaguez. We left around 1030 in the morning and then started our day with some maintenance. Lunch was followed by some off time.

We awoke early this morning to a day at sea. We started at 0745 with a morning formation. Then followed by classes throughout the day.  First was some weather classes, followed by firefighting, then lunch. Today was macaroni and cheese, Sloppy Joes, and fries.

Then we had another class of confined spaces and then we started our sea term project for this year: voyage plans. After that was followed by some down time. Then dinner and hold cleaning before a night filled with personal inspections and more homework.  See you all again Wednesday before we transfer from training to watch.”

“Hello, Followers!   Once again, everyone started with a 0700 wake up and a 0745 morning formation after breakfast. After that was class.

The morning it started with us learning about the Steering Gear Room.  We took a tour of the ship with Captain Albani.

As the name suggests, the Steering Gear Room is where the ship could be steered if all of the equipment on the Bridge failed. 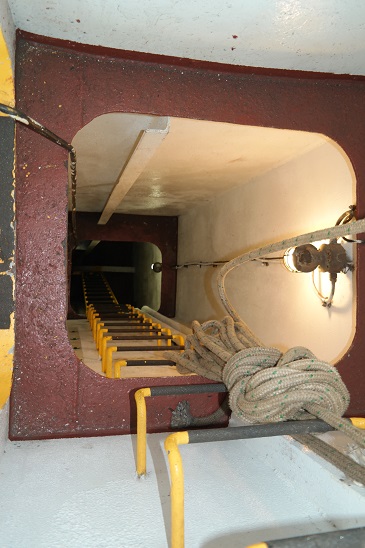 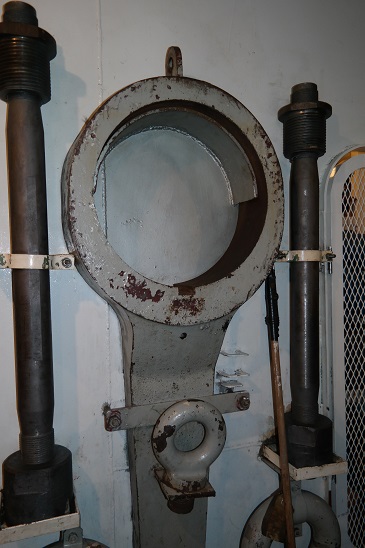 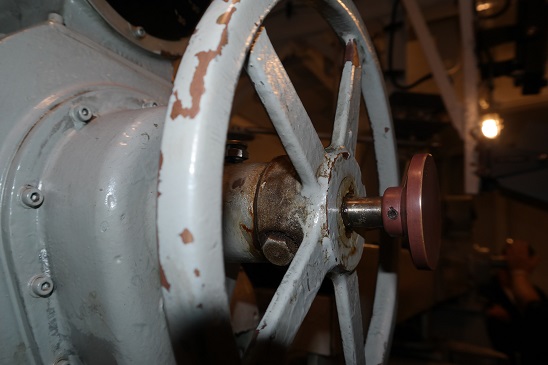 We were able to tour everything on the ship, even the lowest point below the bow thruster.

Down...down...DOWN!  Would you be brave enough to climb these ladders down to the bow thruster?  And then climb all the way up them?  It's something that most people get to do.  Check out the plaque.  It's original to the ship.

As you might guess, the bow thruster is located at the bow of the ship.  It draws in water from one side and pushes it out the other side.  This allows the ship to move sideways from port to starboard or from starboard to port. 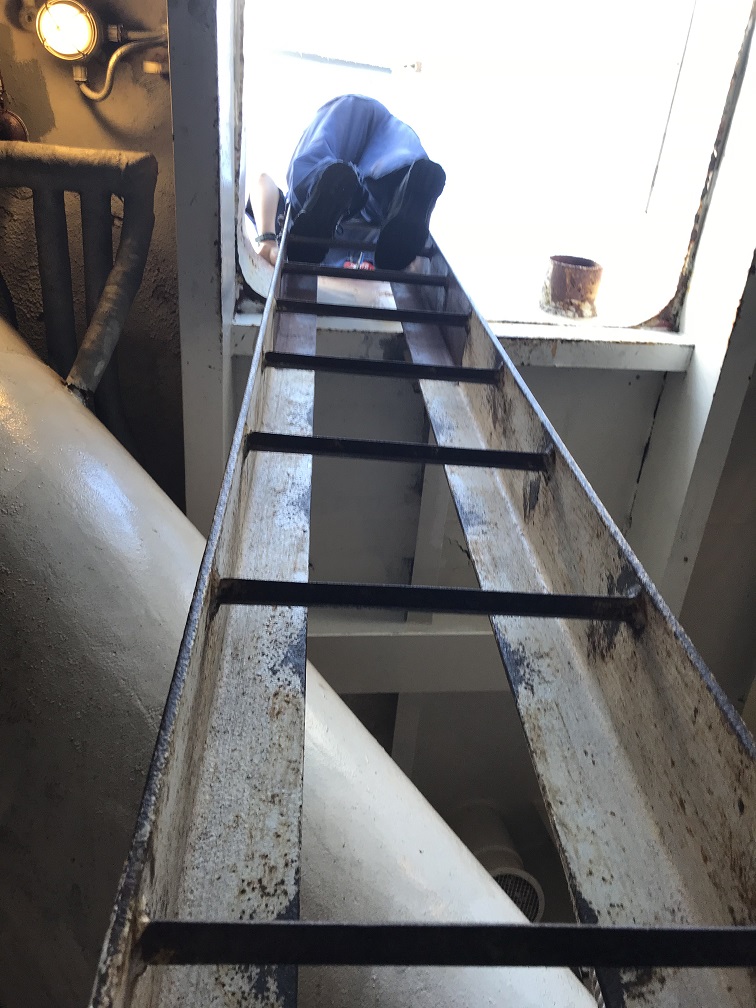 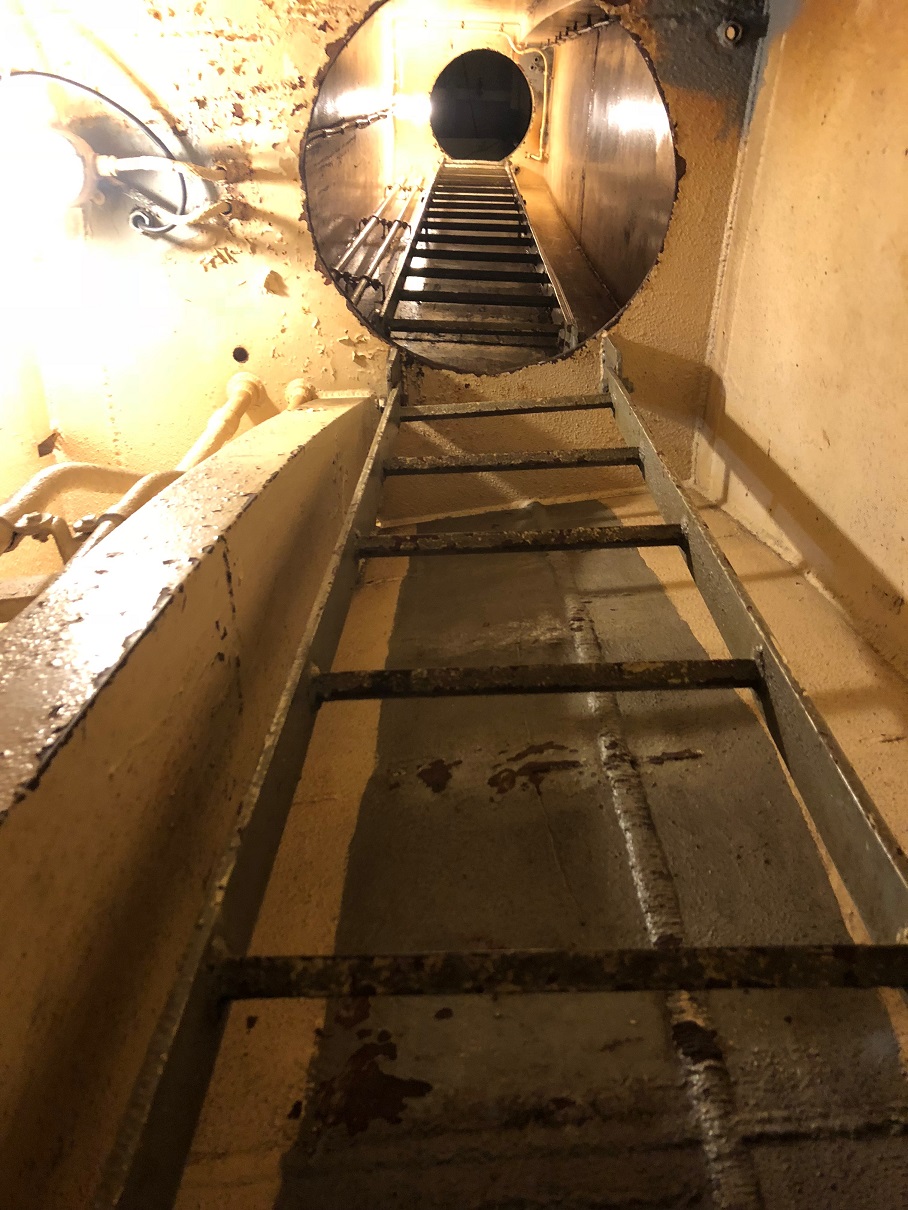 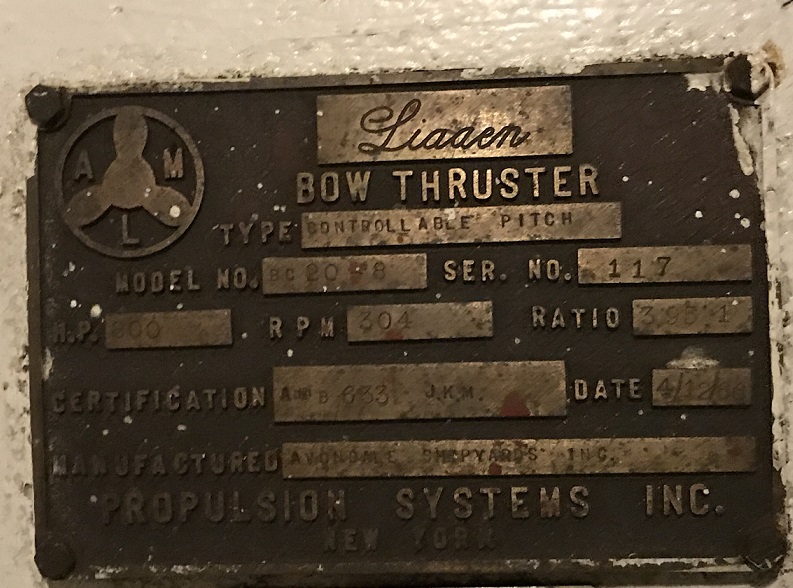 Later was lunch of grilled ham and cheese, we had a class about mooring lines with Mate Vacha and Lieutenant DeCicco. Later we did some line splicing.

After that, I laid back on the Helo Deck.

Later, we changed, got some dinner, and caught the sunset tonight.  My division is changing from training to watch so after dinner, I’ll be taking a nap till 2300. Catch you all later!”

Thank you for BOTH blogs, Jacob!  For some unknown technical reason, the blog that you wrote on Monday (1-9) disappeared from the home page so it was reposted.

On Wednesday, you visited tow of the most exciting space on the ship - the Steering Gear Room and the bow thruster.  Few people your age have this opportunity.   Climbing down the ladder to the bow thruster is quite a workout, isn't it?