Massachusetts Maritime Academy’s Club Hockey team is one of the most dedicated intramural sports groups on campus. We bring the principles of honor, responsibility, discipline, and leadership that we learn at the Academy to the ice every time we play. 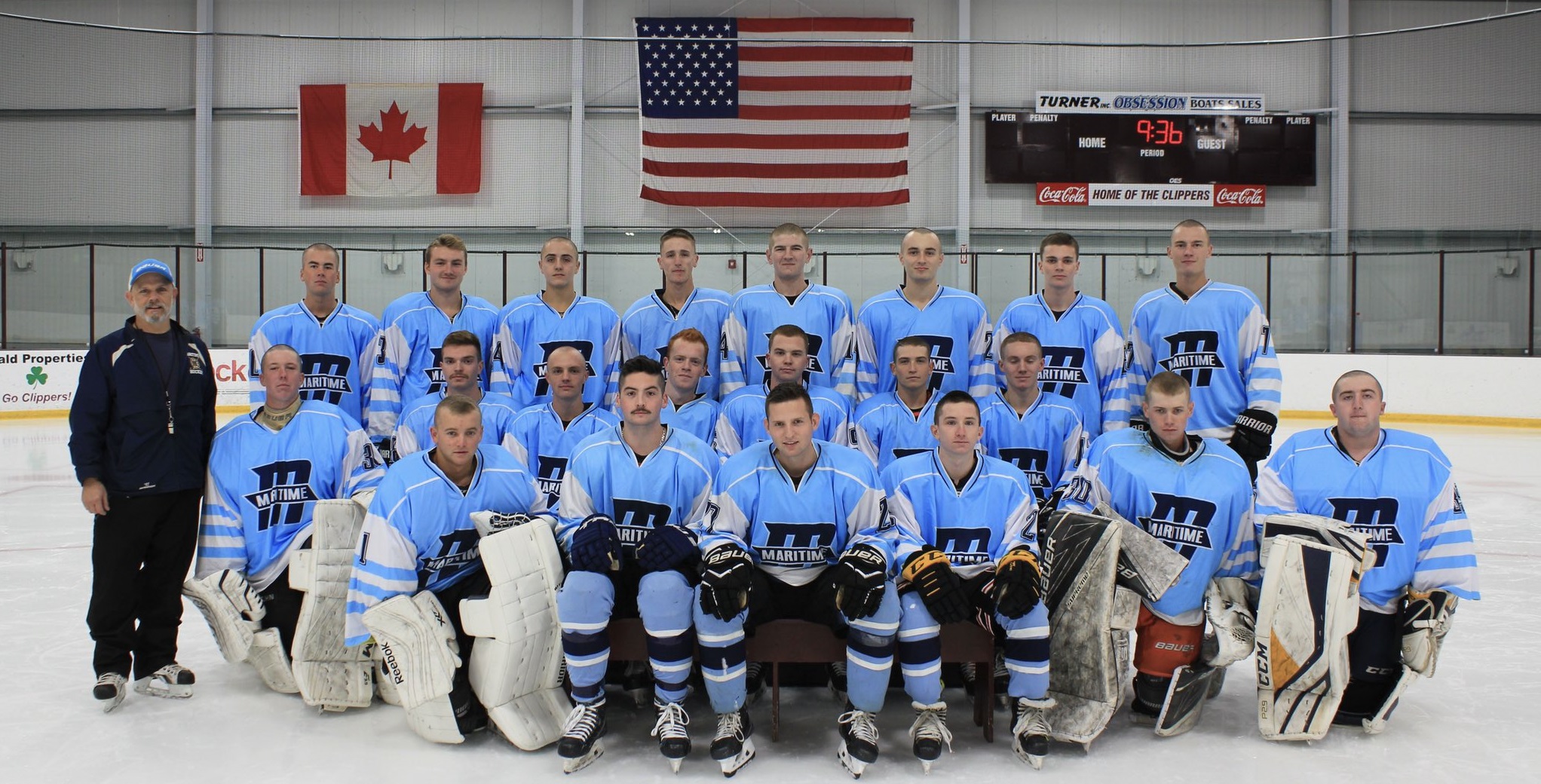 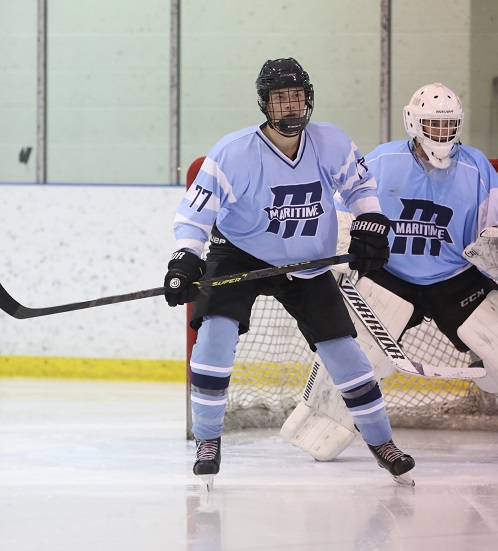 Tryouts are held in the early fall and are announced by email. The format for tryouts is 3 back to back days with the team, with drills, skills, and agility tests. The coach chooses the team roster, and chosen players are offered a spot. Once granted a spot, each player must then pay their dues. The team allows about 30 player spots because of the varying schedules of our students where some players may be on winter co-op or sea term.

The team practices twice a week and holds games on the weekend. The practices are held at the Falmouth Ice Arena, 20 minutes away from campus. Because of the varying schedules and coursework requirements for cadets, not every player goes to every game. If a player can’t make certain games or practices, that is completely understandable as long as prior notice is given.

The season starts in late September or early October with several games through the fall semester, and slows down during late December and wraps up the season with a trip to Nationals in the middle of March. The team may slow down practices in the spring semester to only once a week.

In order to stay competitive, the Hockey Club will compete in 1 or 2 tournaments throughout the year in addition to the National tournament, which is held every year in March and requires a trip to Pennsylvania.