The Band, Honor Guard, and Chorus were one of the first organized cadet groups on campus followed by the Drill Team, even predating Athletics at the Academy. The Honor Guard served in the Academy's observances of morning colors prior to the band addition in May of 1945. The Band, Honor Guard and Drill Team functioned as three separate units until March of 2007 when 7th Company was established. The band first functioned as a Jazz and Dance Band in the early 1940s, then moved to do field band activities for Academy formations and ceremonies.

The band is 2012 commissioned music to be written to the words penned by Jake Daly'16  entitled "Onward to Victory" which is the Academy's unofficial fight song.

The Pride of the Regiment

The Academy has an opportunity for community service through 7th Company, whether it be in Honor Guard, on the Drill Team, or participating in the Band. You can find a home in the 7th Company - "The Pride of the Regiment".

Massachusetts Maritime Academy‘s Regimental Band, Honor Guard and Drill Team (Seventh Company) is a highly involved unit on the Massachusetts Maritime Academy campus and in the surrounding community. The Seventh Company has performed at events and parades during fall, winter, sea term and spring semesters. Seventh Company has traveled over forty-two hundred miles annually and has performed in several national recognized events from Plymouth, Boston and Holyoke Massachusetts to Washington District of Columbia, Newport (RI) and New York City. 7th Company averages 50 engagements a year, not including academy on campus formations and ceremonies.

Seventh Company personnel are passionate volunteers and take pride in representing themselves, the regiment of cadets and the academy in a professional and honorable manner. Seventh Company is built on an axiom of service to academy, community and country whenever called upon.

7th Company's mission is to provide music, military customs and tradition to enhance the regiment of cadets' cohesion and morale.  7th Company promotes the Massachusetts Maritime Academy mission by showcasing "Leadership, Discipline, Knowledge" through music, drill and ceremony performance at public and academy venues to recruit, retain and inspire the regiment of cadet.

"Alpha Platoon" is the Academy's elite exhibition drill unit that exemplifies discipline, precision and skill. Members of "Alpha Platoon" are selected out of the Drill Team unit after a semester of mastering the basics of regulation drill and showing promise and dedication to represent the Academy on the highest level. Through focused and intense practice, "Alpha Platoon" members learn to perform precise rifle drill movements flawlessly for audiences across the region in competitions and on parade — with or without few verbal commands. 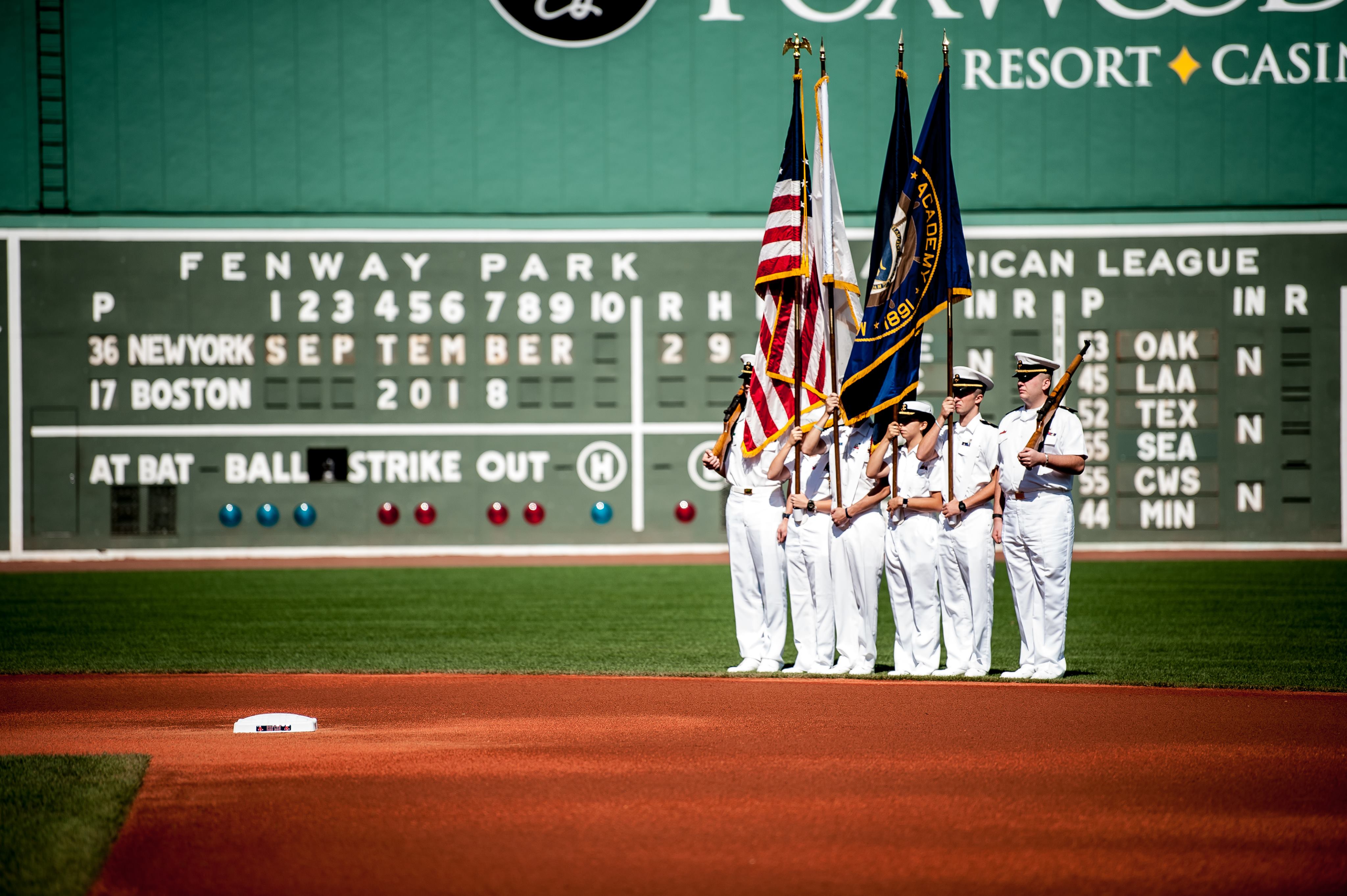 The Academy's first Band! "First Watch" The Academy’s premier jazz and contemporary ensemble, have been performing the finest of big band music for The Academy and regional audiences for over 60 years. Formed in 1942, this ​typically ​15-member group continues the jazz big band, dance band, traditions coupled with the contemporary sounds of today with some of the finest cadet musicians in the maritime world.

The vocal ensemble performs a variety of music ranging from traditional choral music, including sea chanteys and patriotic songs, to opera, Broadway, and contemporary music of today.​ This ensemble performs for the public throughout the region​ and biannually at the Academy's concerts. ​