Your Questions Answered: How Old Is Massachusetts Maritime Academy?

We love receiving questions from our Follow The Voyage-Share The Experience Program participants.  Several classes have asked,

How old is Massachusetts Maritime Academy?

The Academy will celebrate its 132nd birthday on June 11, 2023.  It is the second oldest state maritime academy in the United States.

In 1891, the Massachusetts Nautical Training School was established at Rowes Wharf in Boston, Massachusetts.  Its first training ship, the USS Enterprise, was on loan from the United States Navy.  At the time, young men from Massachusetts between the ages of 17 and 20 pursued degrees in Marine Transportation and Marine Engineering.

For its first five decades, the school was exclusively aboard ships.  That’s right, cadets learned, trained, ate, and slept aboard a ship.  How does that sound to you?  Would you enjoy having a ship be both your school and your home away from home?  During the winter, the ship would stay in port.  In the summer, the ship would sail the world so that cadets could gain hands-on experience.

Since then, Massachusetts Maritime Academy has grown and expanded on Taylors Point.  Women began attending the Academy in 1977.

So wherever you are on June 11, 2023, go outside and shout, “Happy 132nd Birthday, Massachusetts Maritime Academy!”  We will hear you! 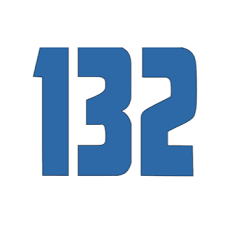