One class wanted to know:

John F. Kennedy loved the ocean and was an avid sailor.  His family owned a compound of summer homes in Hyannis Port, Massachusetts, near the location of the Massachusetts Nautical School.  John was 19 years old when the school moved from Boston to Hyannis.  He would often pass the school’s training ship when he was sailing in Hyannis harbor.

During World War II, John F. Kennedy served as a lieutenant in the United States Navy.  He was in command of a small patrol torpedo boat, PT-109, when it was struck by a Japanese destroyer on August 2, 1943.  John F. Kennedy responded heroically, swimming miles across the open ocean to remote islands to save his crew.  He even towed a wounded man through the ocean with a belt held between his teeth.

One of President Kennedy’s most iconic quotes involved the ocean.

"We are tied to the ocean.
And when we do back to the sea, whether it is to sail or watch it, we are going back to whence we came."

Upon entering the Bresnahan Building on the campus of Massachusetts Maritime Academy, cadets, faculty, staff, and visitors are greeted by a brass plaque containing a quote by Joseph P. Kennedy Senior.  All incoming cadets are required to memorize these words as part of Orientation.

"You can have a Merchant Marine with first-class men even if they sail second class ships, but second-class men can't be trusted with the finest ships afloat." 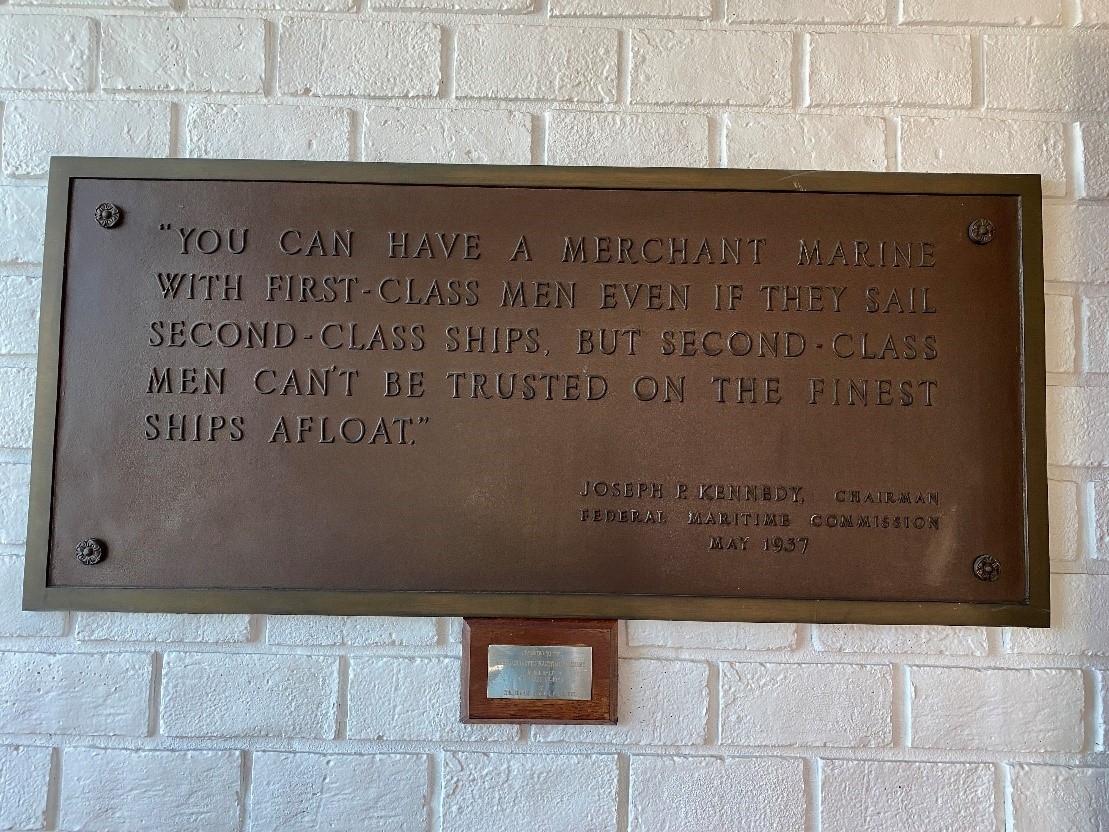 In 1937, President Franklin Delano Roosevelt appointed Joseph P. Kennedy to be the first head of the United States Maritime Commission, known today as MARAD.  The Commission was charged with advancing and maintaining a strong merchant marine to support U.S. commerce and defense. MARAD also regulated ocean commerce, supervised freight and terminal facilities, and administered construction and operational subsidy funds for private commercial ships. The Merchant Marine Act Of 1936 also authorized the Commission to design and construct 500 modern merchant ships over a 10-year period.  The first was the transatlantic liner America. Today, the TS Kennedy is part of MARAD’s National Defense Reserve Fleet.

Teachers, look for Interpreting A Quote And Applying It To Your Own Life.   Click on Language Arts under Projects And Activities.  It is ideal for students in grades 3-12. 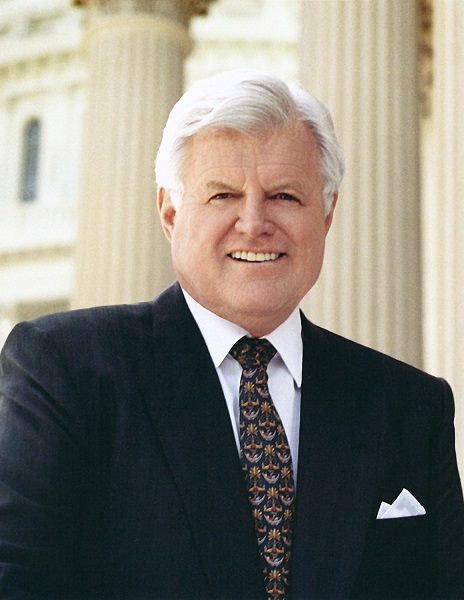 We are thrilled to have students participating in the Follow The Voyage-Share The Experience Program from schools that share the name of our training ship.  Students from John F. Kennedy Elementary School in Billerica, Massachusetts, Dayton, Ohio, Great Neck, New York, Madison Wisconsin, and Sioux Falls, South Dakota are following our cadets.  Students at Kennedy Academy in South Bend, Indiana and Kennedy Elementary School in South Bend, Indiana are also participating in the FTV-STX Program.

Would you like to learn more about John F. Kennedy and the Kennedy family?  Click on the links below:

Please keep your questions coming!  Captain Campbell and the cadets love hearing from students participating in the Follow The Voyage-Share The Experience Program.