Many of our student followers are tugboat fans, just like me.  Over the past month, classrooms have submitted a wide variety of questions related to tugboats.  The three that I’ve heard most often are:

1.  Did tugboats help the TS Kennedy when she departed Taylors Point on January 8th?
2.  Do cadets majoring in Marine Transportation learn to operate tugboats?
3.  Does the Academy own any tugboats?

The answer to each of these three questions is, “Yes!”  I am excited to explain.

As I anxiously waited for the TS Kennedy to depart Taylors Point on January 8th, I felt a sudden jolt.  It seemed to come from the port side of the ship, towards the bow.  I rushed to investigate.  As I leaned over the railing, I spotted a tugboat. I was a bit concerned that the tug would damage the TS Kennedy’s freshly painted hull.  A crew member passing by explained that the tugboat Rainbow was helping our training ship, not harming her.  Rainbow was pushing the ship into the dock, making it easier for the mooring lines to be removed.  I took a closer look at Rainbow, expecting to see bold stripes of red, orange, green, yellow, blue, indigo, and violet.  Instead, I noticed that she was red, white, and black.  Sensing my confusion, the crew member explained that the tug ‘s name had nothing to do with her physical appearance.  Instead, the tugboat was named after the winner of the America’s Cup sailing race in Newport, Rhode Island way back in 1934.

When I looked back down to admire Rainbow, I saw that the three people inside were waving at me; the captain, a woman that I thought might be his wife, and an attractive teenage girl.  I flashed my best smile as they began taking photos.  All of the attention had me feeling like a celebrity.  Suddenly, I realized that the two camera lens were focused on a cadet standing about fifteen feet away from me.

I soon found out that the captain of Rainbow was named Bruce Gifford.  He was accompanied by his wife, Sarah Gifford.  Listening to the conversations that surrounded me, I discovered that Bruce and Sarah are the proud parents of 4/C Nate Gifford, the cadet that was standing near me.  Nate is a Marine Transportation major.  The Gifford family lives in Westport, Massachusetts.  Nate’s younger sister had accompanied her parents to say good-by to Nate.  His younger brother had decided to sleep in. 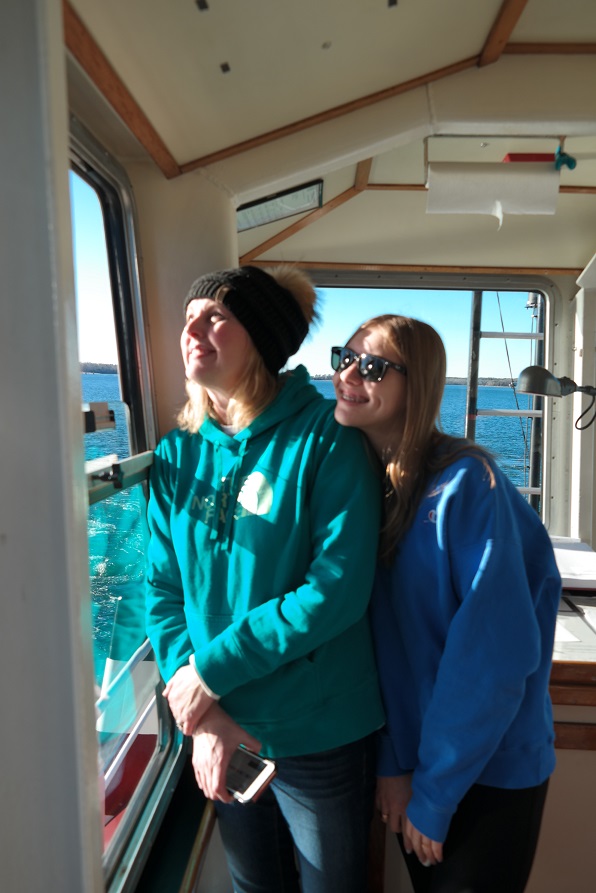 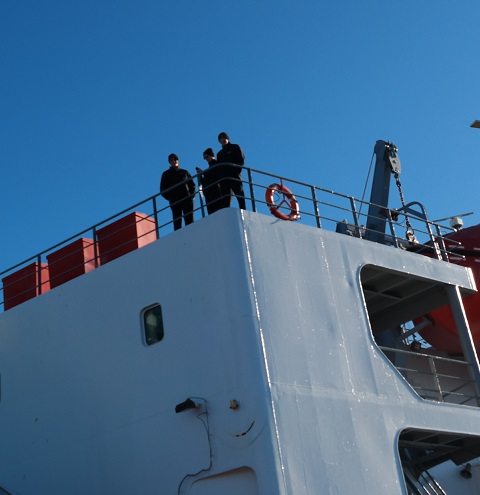 Nate grew up tagging along with his dad.   He developed a love for everything tug-related.  Before he graduated from middle school, Nate had made his career choice.  He knew then that he wanted to work on tugboats just like his dad.

Before I knew it, the TS Kennedy had pulled away from the dock and Rainbow’s job was done.   As we headed toward the horizon, I imagined the pride that Bruce, Sarah, and their daughter were feeling as they watched Nate follow his dreams.

Click on the link to learn more about Rainbow.     http://www.tugboatinformation.com/tug.cfm?id=512

Nate isn’t the only cadet interested in tugboats.  Tugs & Towing I and Tugs & Towing II are popular courses back on campus.  In the first course, cadets learn about the design, construction, and uses of towing vessels.  During lab time, cadets practice basic handling skills.

In Tugs & Towing II, cadets elevate their skills to a more advanced level.  They put theory into practical use both on the water and in the Academy’s state-of-the-art tug simulator. 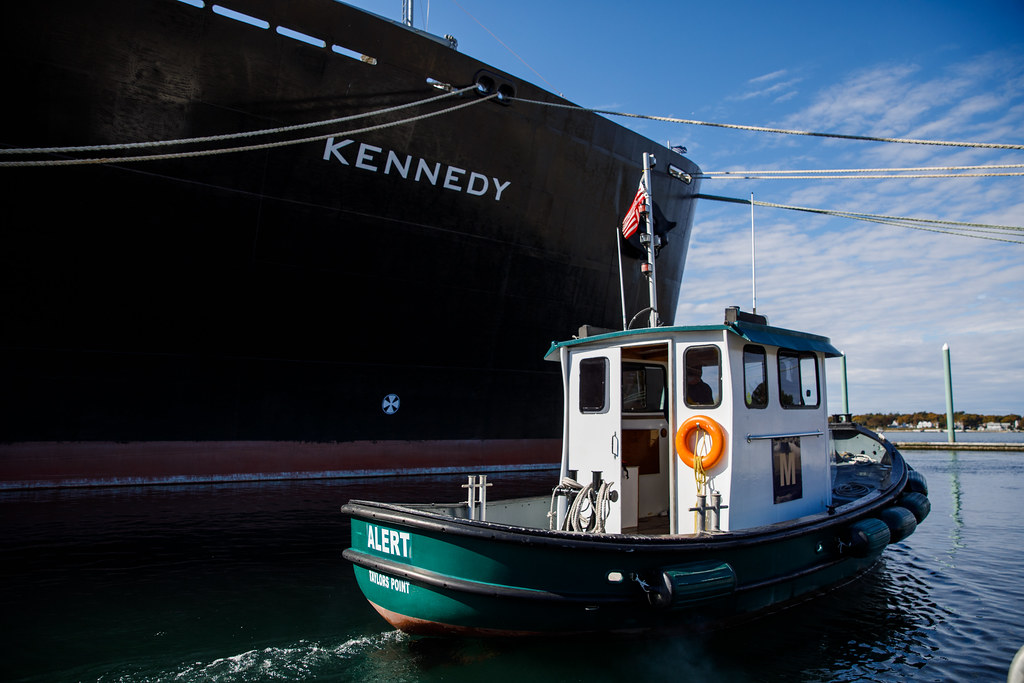 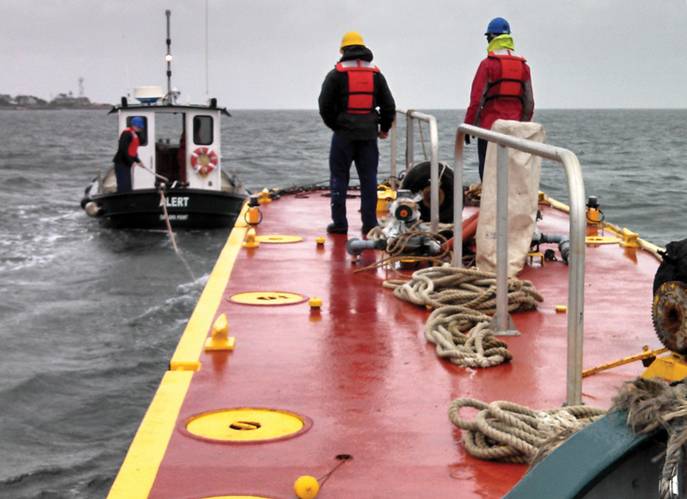 Check out this drone video of Alert and Hercules.

Finally, I couldn’t end a post about tugboats without sharing my all-time favorite tugboat book.  Sit back and enjoy this timeless story, Scruffy The Tugboat by Tibor Gergelby.

If you decide to do research related to tugboats, please share your work with us.  Teachers and parents may email photos and work samples to ftv@maritime.edu.