By the time you read this, we will have completed our second Fire And Boat /Security Drill.  Residents living near the Academy are startled by the extremely loud seven short blasts, followed by one long blast, from the ship’s whistle.  The sound echoes across the water and reaching people living on the other side of the Cape Cod Canal.  As you have heard me say before, safety is the number one priority aboard the TS Kennedy.  Our first drill yesterday went very well, but there is still room for improvement.  Thankfully, we have this morning and this afternoon to fine tune things.  I want each cadet to move swiftly and silently to their assigned lifeboat, recognizing the seriousness of the drill.  On Friday morning, there will be no room for error when the United States Coast Guard boards the ship for the final pre-departure safety inspection.  Every cadet and crew member must do exactly what is expected of them. It is important for cadets and crew members to know at least two routes to their lifeboat station.  Sometimes the Coast Guard will block passages, requiring cadets to think quickly and follow an alternate route.

Yesterday, I told you about my first Sea Term, so I probably should tell you about my second and third Sea Terms.  As you know, my first Sea Term took place in 1984.  When I was a cadet, 3/C s did not go on Sea Term.  It was considered an off year.  So, in 1985, I took a Physics class near home at the University Of Rhode Island. In 1986, when I was a 2/C, the Academy had a new ship.  It was her maiden voyage.  Actually, the Patriot State wasn’t a new ship, she was a used ship.  She was first launched in 1965.  I believe that her original name was the Santa Mercedes.  Well, the Patriot State had been sitting around unused for a while and at the time of departure, it was discovered that her evaporator was not making enough water.  The evaporator is an essential piece of equipment that is used to produce fresh drinking water from sea water.  So, before crossing the Atlantic to visit Portsmouth, England and Dublin, Ireland, we docked at the Jacksonville Shipyard in Florida for repairs.  Our final port was Fort Lauderdale, Florida.  The Patriot State was about the same length as the TS Kennedy, maybe about six or seven feet longer.

When I was a 1/C, I completed my Sea Term on a commercial ship.  I went to work on a ship for Marine Transportation Line. This provided me an opportunity to see what working on a ship was all about.  I flew to Italy to meet the ship and then cruised to Spain, Portugal, and England.  One month after graduation, I was hired by the company.  I worked for MTL for the next eighteen years.

Thank you for participating in the Follow The Voyage-Share The Experience Program.  Extra thanks going out to students at students at Edgartown School on the island of Martha's Vineyard.  Their drawings of the TS Kennedy that will be added below today's log.  The drawings were emailed to me yesterday and enjoyed by crew members who saw me viewing them on my computer. 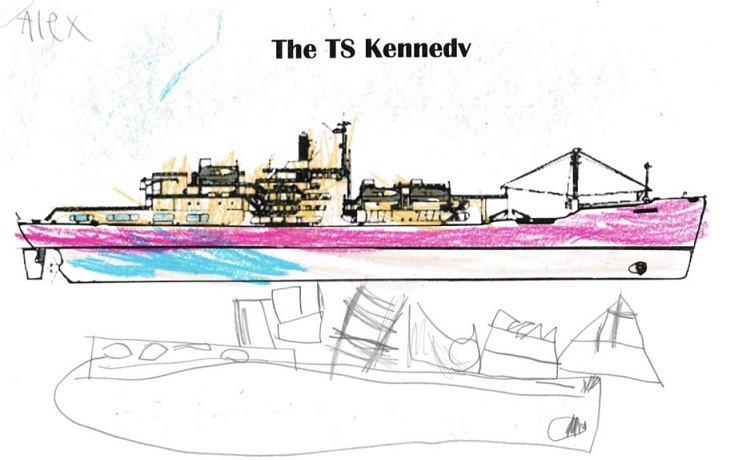 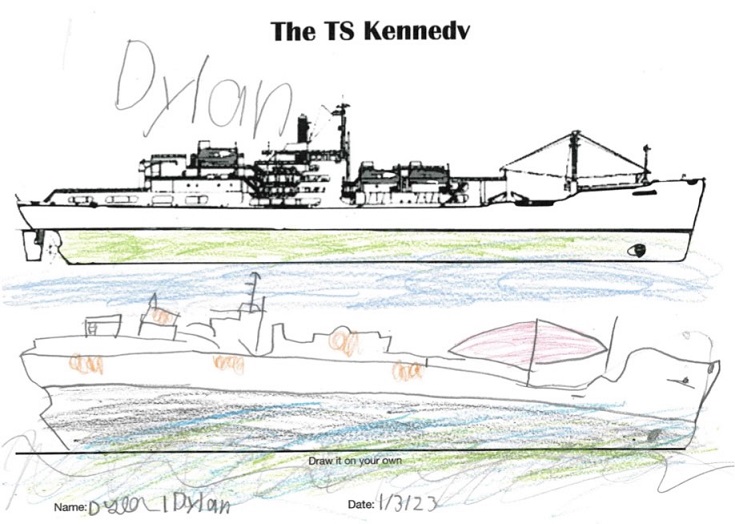 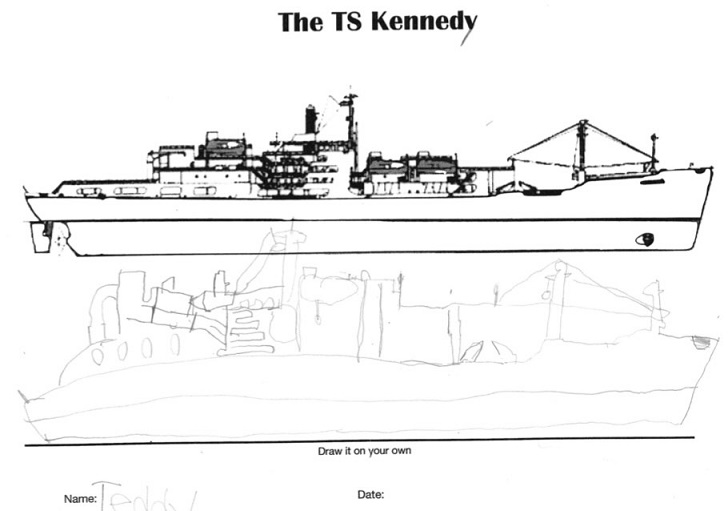 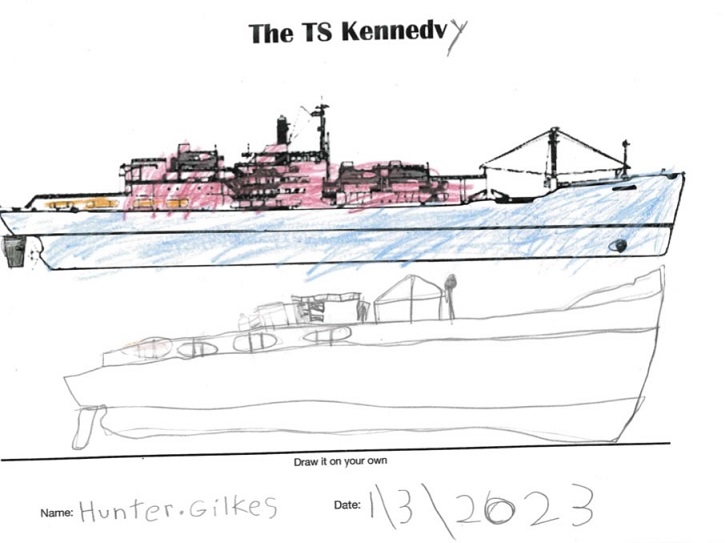