Good morning, Followers - When I stopped by the Bridge yesterday, one of the 4/C cadets on watch greeted me with a question that I hear often at this time of year, “Captain Campbell, do you remember what your first Sea Term was like?”  I began to explain, but was interrupted by a telephone call. Throughout the day, the cadet's question echoed in my head.  I found myself recalling more and more about Sea Term 1984, when I was a 4/C cadet at Massachusetts Maritime Academy.  The departure of the TS Empire State was delayed by one day due to snow.  It was pretty exciting to be crossing the Atlantic Ocean at eighteen years old.  We visited Greece, Spain, and the Canary Islands before returning to the United States.  Our final port was Fort Lauderdale, Florida.

There are two main differences between Sea Term 1984 and Sea Term 2023 that stand out to me.

1.  One difference is the length.  My first Sea Term was longer than Sea Term 2023 will be.  I can’t remember the exact length of Sea Term 1984, but I’d guess that it was about seventy days.
2.  Another difference between Sea Term 1984 and Sea Term 2023 is what cadets are required to wear in port.  In 2023, the only requirement is that a cadet’s clothing be appropriate.  For example, we ask cadets to refrain from wearing t-shirts with messages that could offend others.  There are times when cadets are asked to change their outfits before heading down the gangway to enjoy a day of liberty, but it doesn’t happen very often.  That’s a sharp contrast to 1984 when 4/C cadets were required to leave the ship in full uniform.  That’s right - in spite of the location and the weather, a full uniform was required in port.  2/C cadets had to wear black pants, a Massachusetts Maritime Academy polo shirt, and their uniform shoes - no sneakers.  If cadets were within one block of a beach, they were allowed to change into a bathing suit, but they had to return to the ship wearing the same clothing that they had on when they left.  Only 1/C cadets were allowed to wear civilian clothes.

The return of the TS Enterprise to Buzzards Bay in 1984 was quite eventful but I am going to save that story and share it with you after we leave our final port in February.  I hope someone will remind me in mid-February that I made this promise.  I am sure to forget.

Yesterday was a busy day.  Following Morning Formation at 0700 where rollcall was taken, the onloading of supplies began.  In our Plan Of The Day, this was listed as “Commence load-on of ship’s stores”.  When you think of stores, Target and Wal-Mart probably come to mind.  “Stores” has a different meaning on a ship. The supplies and equipment that are needed for the operation and upkeep of a ship are referred to as “ship’s stores.” Cadets worked as a team to transfer pallets of supplies onto the TS Kennedy.  The on-load will resume this morning at 0700.  At 1600 yesterday, a Fire Party Drill was held. If there was a fire at your home or school, you would call your local Fire Department.  When the TS Kennedy is at sea, however, we can’t call 9-1-1 if a fire breaks out.  A select group of trained cadets and crew members must be able to contain and put out the fire.  They are called a Fire Party.

This afternoon at 1600, we will hold our first Fire & Boat Drill.  There will, no doubt, be areas that we will need to improve upon.  That is why there will be two more drills on Thursday.

Thank you for following our cadets.

The colorful masterpieces below were created by talented fourth grade students at Matunuck Elementary School in Wakefield, Rhode Island.  Captain Campbell and the cadets enjoy receiving drawings of the TS Kennedy. 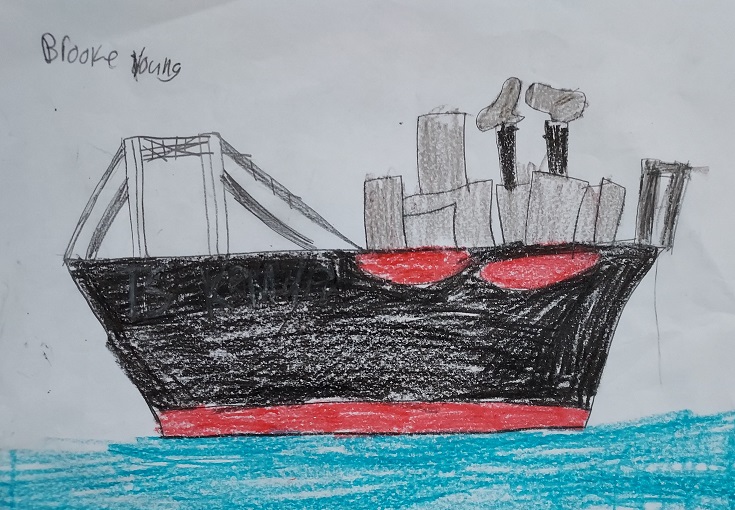 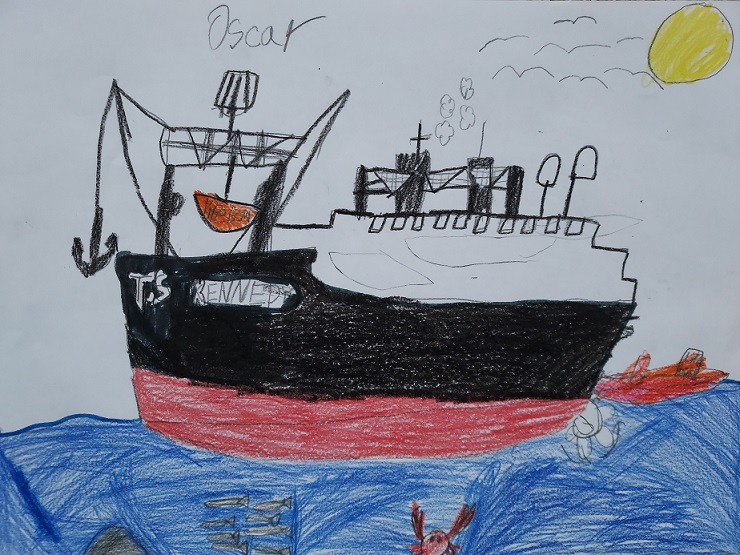 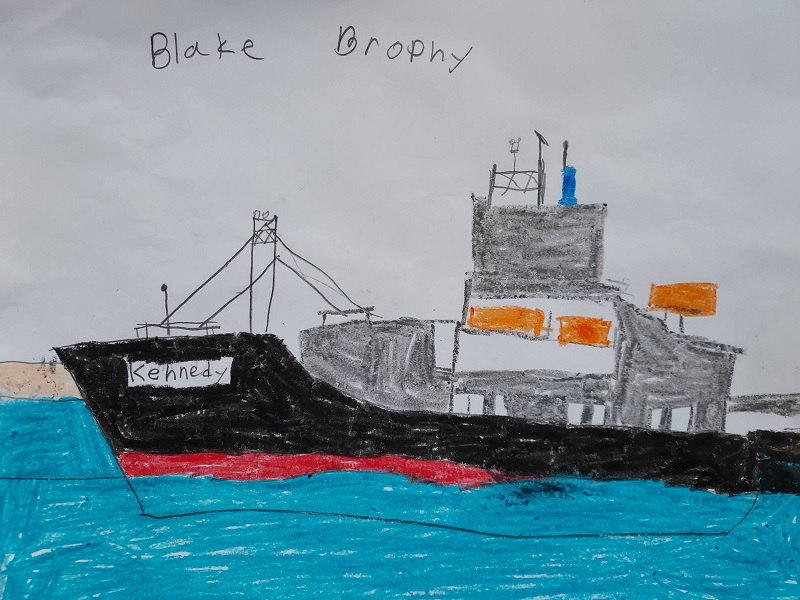 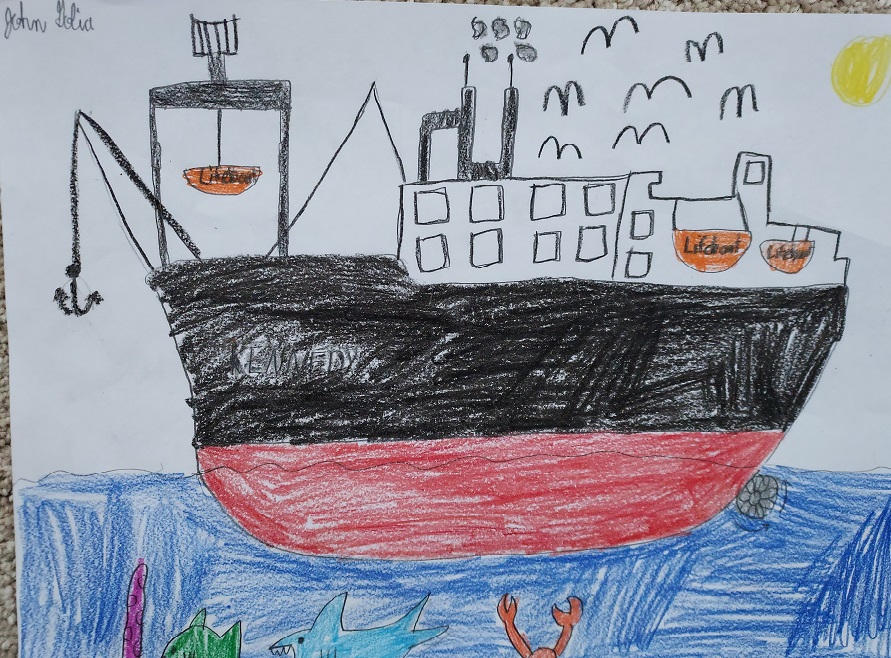