After tracking the distance that we have traveled since departing Buzzards Bay on January 8th, some of you have expressed concern that the TS Kennedy may run out of gas.

First, let me point out that our training ship is powered by Very Low Sulfur Fuel Oil (VLSFO), not gasoline.

I assure you that there is no reason to worry about the TS Kennedy running out of fuel.  Part of voyage planning is calculating the amount of fuel that will be needed.  Fuel consumption is closely monitored throughout Sea Term.  We always carry more fuel than we expect to use.

Have you heard adults complain about the high cost of gasoline?  The same is true of VLSFO.  The cost of our last fueling was $1,480,000.  No, your eyes are not playing tricks on you.  The bill came to one million, four hundred eighty thousand dollars.  Back in 2020, the same amount of fuel cost $700,000.

The amount of VLSFO is calculated in barrels.  One barrel is equal to 42 gallons.  While at sea, the TS Kennedy uses approximately 1 barrel of fuel per nautical mile.  While in port, fuel consumption is about 100 barrels per day.

Please keep the questions coming.  Thank you for joining us for Sea Term 2023.

These colorful drawings of the TS Kennedy were completed by a 2nd grade student (top) and a first grade student (bottom) at Wareham Elementary School in Wareham, Massachusetts. 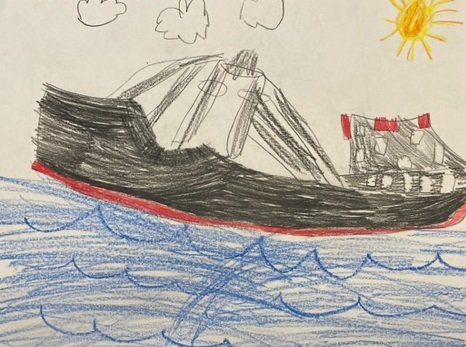 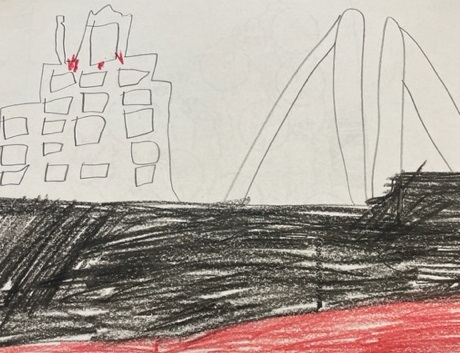