There is excitement aboard the TS Kennedy as cadets and crew members look forward to exploring the island of Barbados.

This morning, the top of a pilot’s ladder constructed from manilla rope and wooden steps was carefully secured and lowered down the side of our training ship.  As we approach the Port Of Barbados, a small pilot boat will pull alongside. In one quick movement, the pilot will grab the ladder’s ropes while jumping from the deck of the pilot boat. You can be sure that many cadets will be watching as the pilot skillfully climbs the ladder and boards the ship. Once on board, the pilot will be escorted to the Bridge where the two of us will exchange information.  The pilot and I will work together to guide the TS Kennedy through the harbor and to our assigned berth.

As you know, I am an expert when it comes to handling the TS Kennedy.  The harbor pilot has extensive knowledge of the waters surrounding the Port of Barbados.  Together, we will make a great team.

I will remain in full control of the TS Kennedy.  The pilot will advise me and the Bridge crew.   He or she knows all about the tides, the turns, any harbor hazards, and how the weather may affect navigation.  The pilot also has a history of working with the Harbor Master and local officials.

Over the years, I have met several harbor pilots who were graduates of Massachusetts Maritime Academy.  Today, as cadets watch this process unfold, several will decide to add becoming a harbor pilot to their career goals. With hard work, anything is possible.

Thanks for supporting out cadets and being a part of Sea Term 2023. 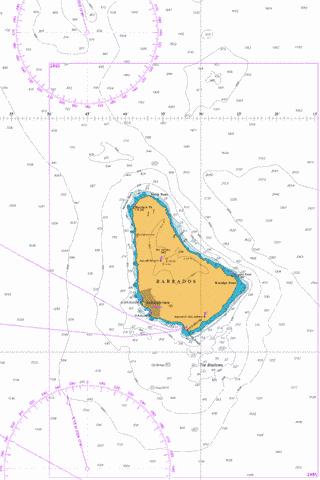