Today is a special day back home in Narragansett, Rhode Island.  It is my daughter Kyrie’s 15th birthday.  I am sorry to be missing her special day.  Like me, Kyrie is also a captain.  She is the captain of Gansett Guard, a color guard team.

Kyrie is very familiar with the TS Kennedy.  One fond memory is when she helped me prepare the ship for the Pan Mass Challenge.  The Pan-Mass Challenge raises money for cancer research and treatment at Dana-Farber Cancer Institute in Boston through an annual bike-a-thon that crosses Massachusetts.  Massachusetts Maritime Academy is the overnight stop for riders that are completing the 192-mile route from Sturbridge, Massachusetts to Provincetown, Massachusetts.  Provincetown is at the very tip of Cape Cod.  In previous years, riders who raised the most money for the charity had an opportunity to spend the night aboard the TS Kennedy while she is at the dock.

Yesterday, a 4/C cadet asked if I had any advice for cadets on their first Sea Term.  I told her that I hoped that all 4/C cadets will remember that they’re new.  They should listen carefully to everything that is being said, ask lots of questions, and remain open minded.  For example, if a cadet is a Marine Engineering major, he or she should learn as much he or she can about the deck side of ship operation.

Of course, I have been sharing advice with 1/C cadets who are taking part in their final Sea Term.  I tell them, “You’re almost there!  Please make teaching the underclassmen a top priority.  When you take the time to share your knowledge, you cement everything you know to memory.  That’s right – as you help younger cadets, you are helping yourself as well.  If there’s anything that you’re unsure of, don’t hesitate to ask.  This is your last chance to get your questions answered.  After Sea Term 2023 ends, the next time that you’re on a ship, you’ll be working.  People will expect you to know what you’re doing.”

Yesterday, I received an email from a fourth-grade class.  One of their questions was, “What is the most difficult part of being a Captain?”  It didn’t take me long to think of my answer.  Saying good-bye to my wife, and children is the most challenging part of my job.  My family would like to come along with me and escape the cold Rhode Island winter.  I’ve read that on English sailing ships, it was common for the  wife and children of the captain to join him for the voyage.  Officers were allowed to do the same.  I am sure that my family wishes those rules applied here on the TS Kennedy in 2023.

Thanks for following our cadets.

The photo below shows Captain Campbell saying goodbye to Kyrie on Sunday. 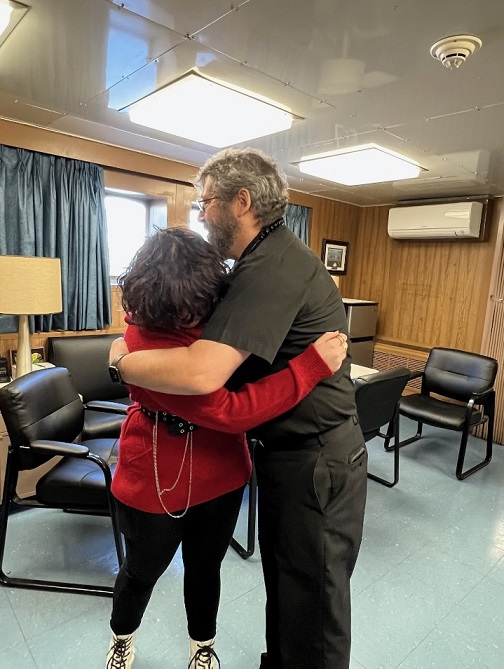 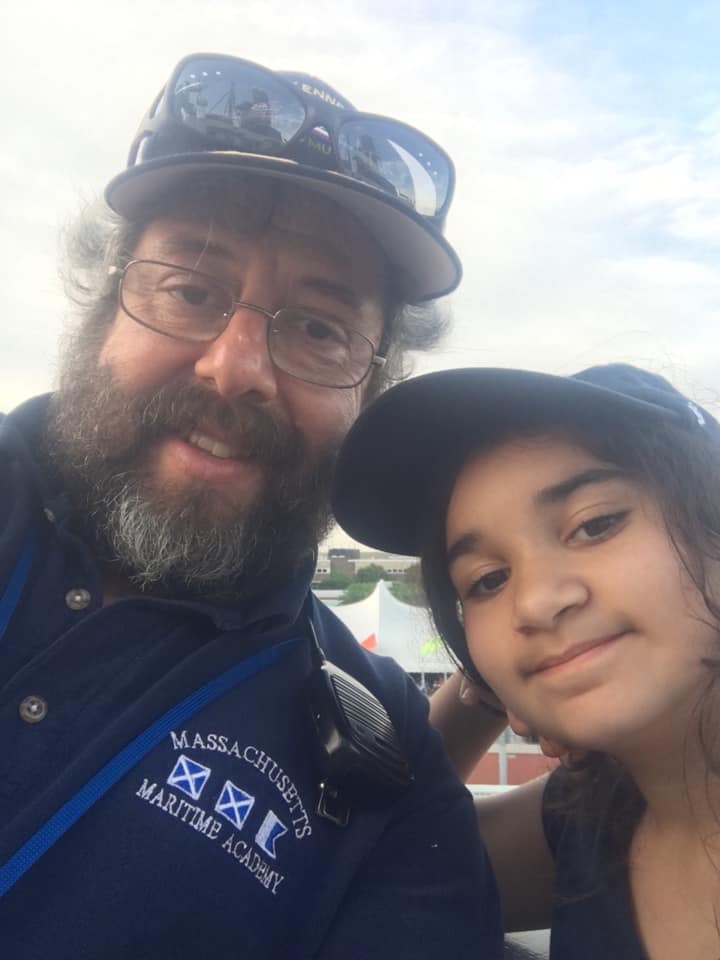 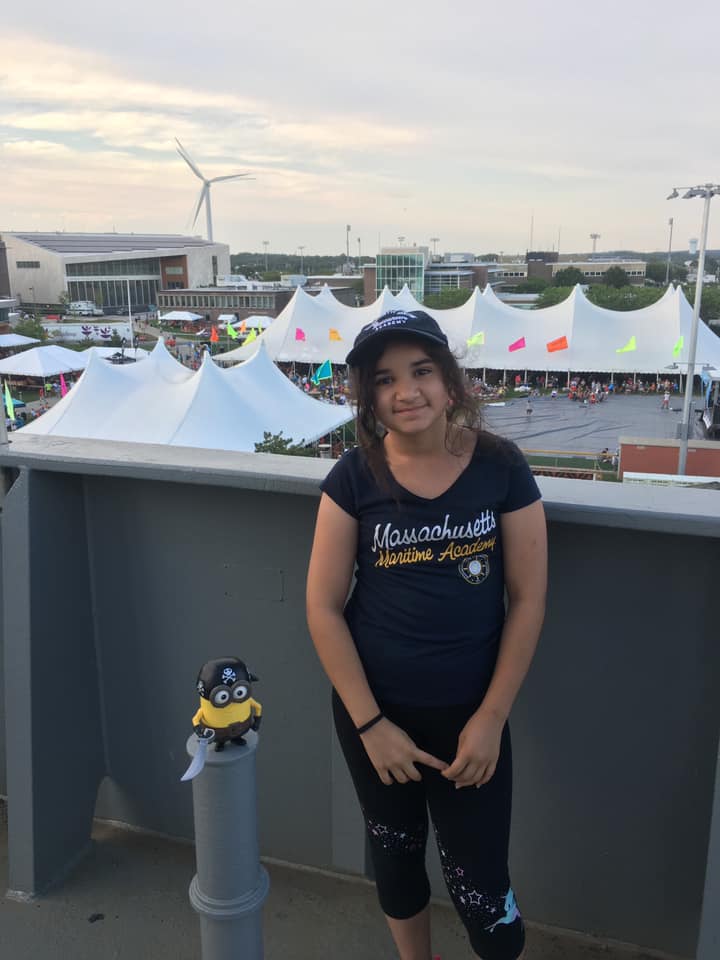 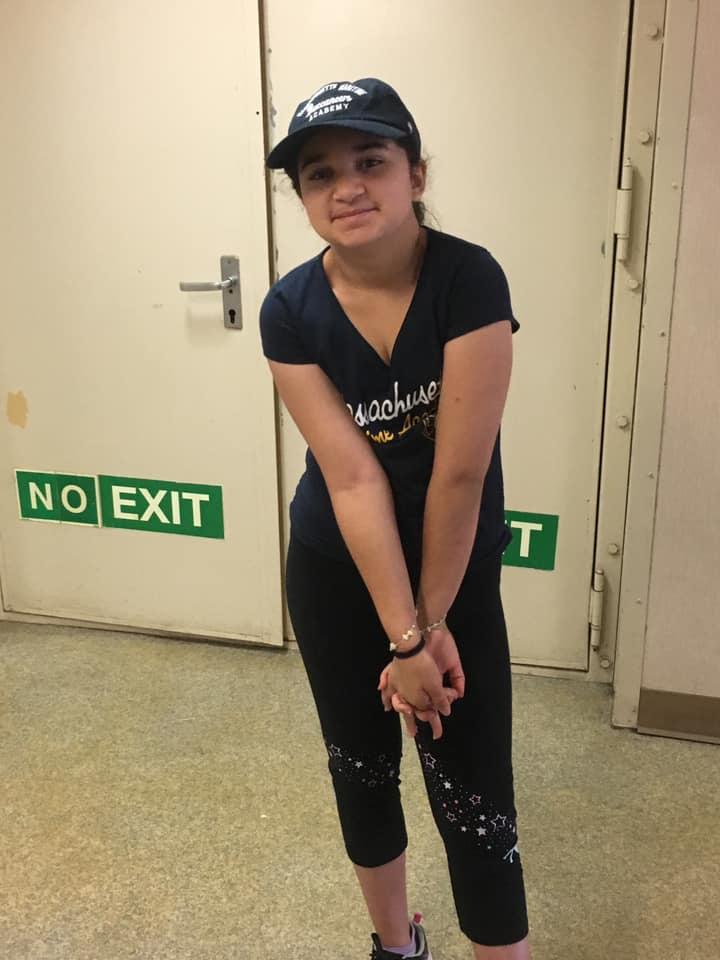 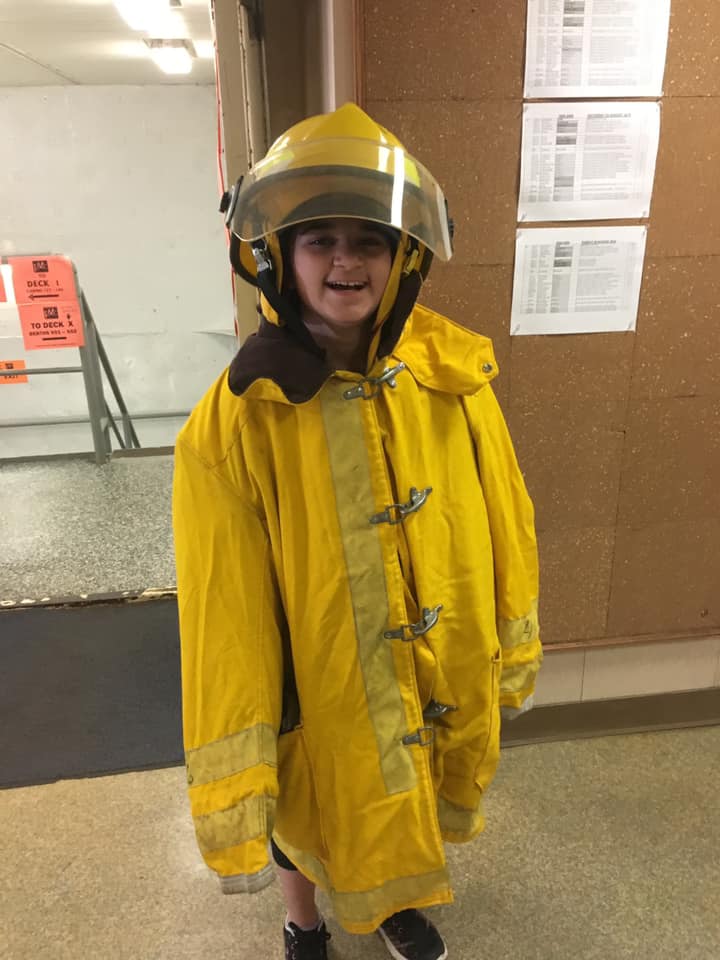 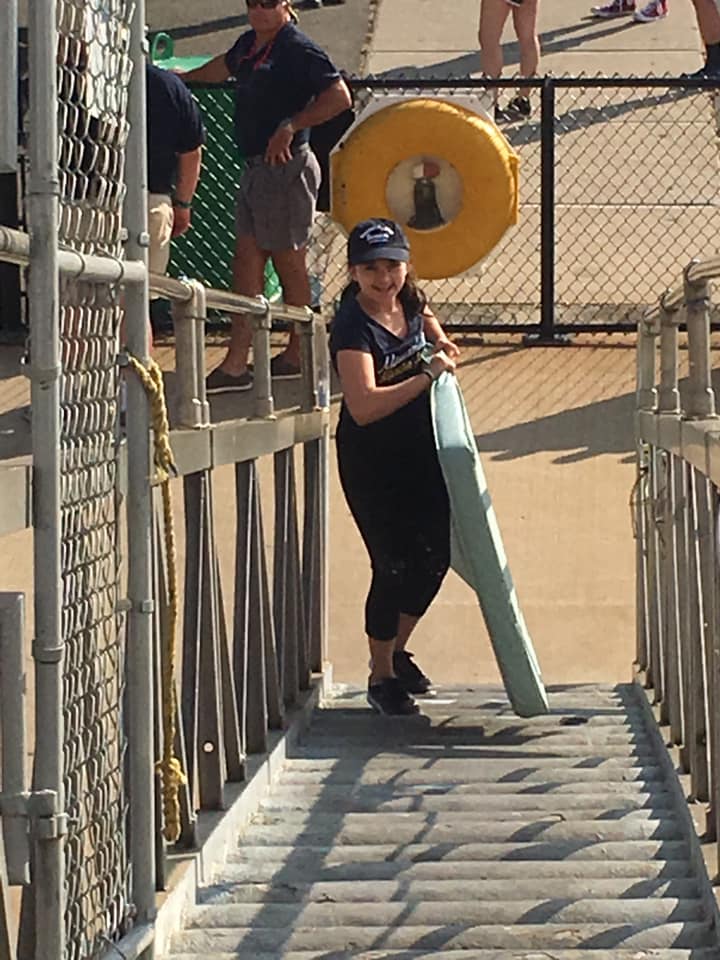