Cadets who are at sea for the first time have been in awe of the strong winds and powerful waves that we have encountered.  Although these are typical conditions for early January along the East Coast, the experience is new to them.  Cadets are surprised to hear the creaking and rattling as the TS Kennedy rocks back and forth.  Although everything on the ship has been secured, there is still movement and noise.  For safety reasons, all the lockers, desks, beds, tables, and chairs are made of metal.  There always seems to be a random drawer or door that vibrates as the ship rolls, annoying everyone nearby. Cadets don’t seem to mind the movement when they are in their racks.  Many cadets and crew members report that they sleep better when the ship is tossing and turning.

Stormy weather often inspires 1/C cadets and crew members to share their own sea stories with the underclassmen.  As I walked around the ship yesterday, I overheard many conversations that began, “This is nothing, I remember when…”

Last year, our 1/C cadets were working on a commercial ships around the globe. A few had some harrowing weather stories to share.

Some followers have asked why I do not identify the ship’s location when I post my Captain’s Log.  The answer is simple. I do not have the luxury of writing the log in one sitting. If I did, then including the latitude, longitude, and weather conditions at the top of my log would make sense. I often get called away from my desk after typing just a line or two.  I try to work on the log throughout the day, but of course, official ship business takes priority.  Each time that I return to my desk, the ship is in a different location.  Hopefully, by the end of the day, I have completed a log that I can email back to the campus of Massachusetts Maritime Academy in Buzzards Bay where it will uploaded to the website.  In the time that it takes for all of this to occur, the TS Kennedy will have traveled hundreds of miles.

A second-grade class emailed to ask if I bought the TS Kennedy from another Captain.  I do not own the TS Kennedy, although I am sure that my family wishes that I did. The ship is not even owned by Massachusetts Maritime Academy.  The TS Kennedy is owned by the United States Maritime Administration (MARAD).  Although her homeport is Taylor’s Point, she is on loan to the Academy.  The TS Kennedy may be activated at any time to help in a national emergency.  For example, in 2006 and 2017 she was deployed to support hurricane relief efforts.  The ship was used to house first responders and FEMA workers, in New York (2006), Houston, Texas (2017), and San Juan, Puerto Rico (2017).

Thanks for your interest in our cadets.

Today's drawings of the TS Kennedy were submitted by two of our homeschool students, one first grader and one third grader, from Carver, Massachusetts.  We are thrilled to have 130 homeschool students participating in the Follow The Voyage-Share The Experience Program. 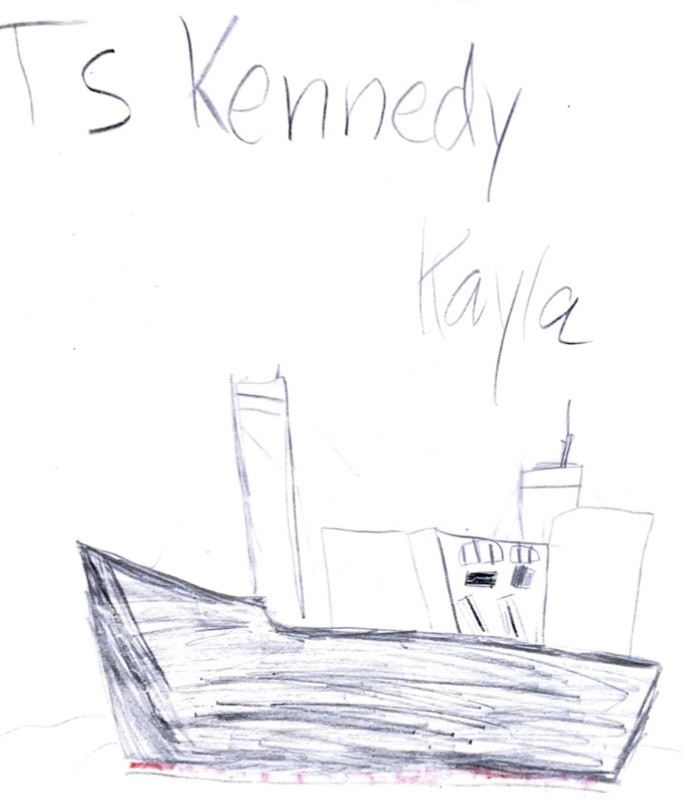 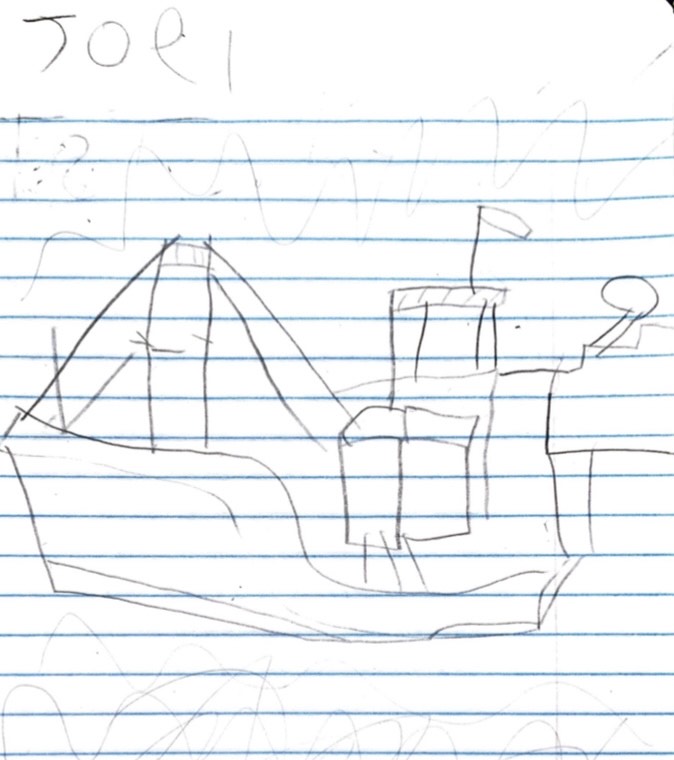