Sam’s mom told us, “The town does not even have a traffic light. The Port School has about 104 students from K-8th grade. Sammy graduated from a class of seven.” 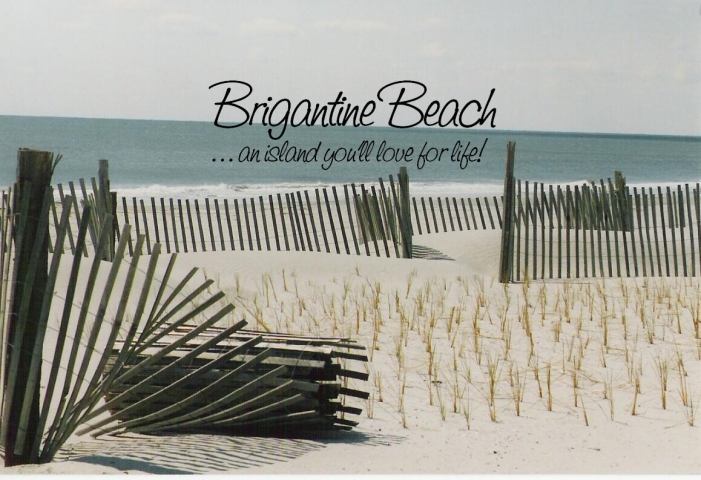 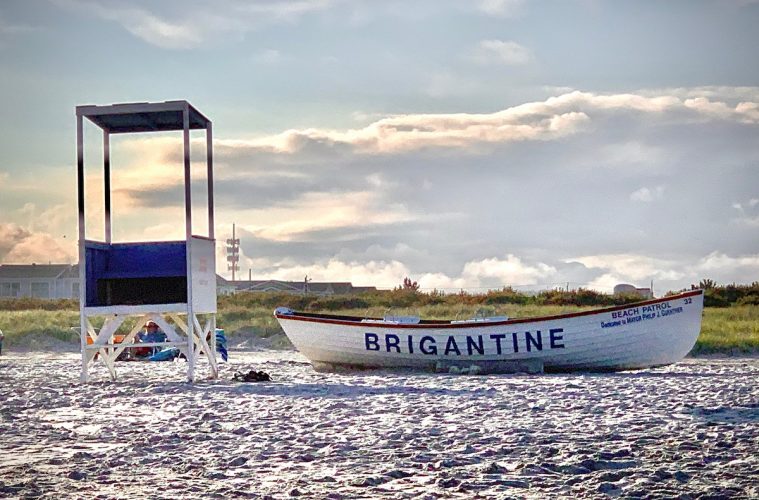 When Daniel was a toddler, his dad would take him out on a sunfish. 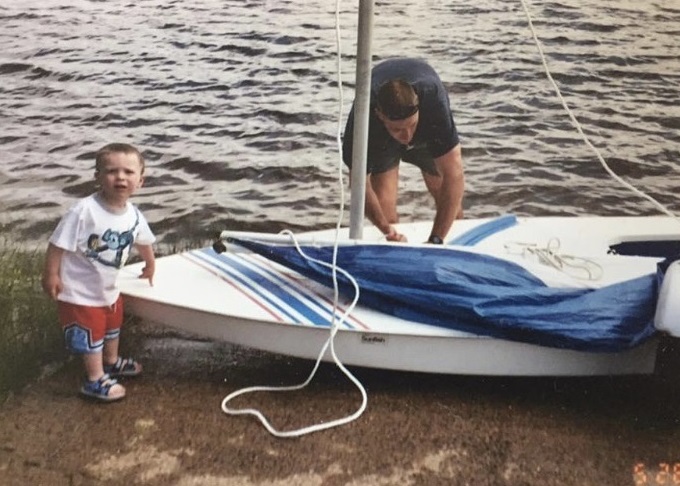 As he got older, he used binoculars to watch the cargo ships go by and had lots of questions about “How do you work on a cargo ship?” The answers led him to Massachusetts Maritime Academy.

Sam would like to give a warm welcome the two New Jersey schools participating in the Follow The Voyage-Share The Experience Program; Howard C. Johnson Elementary School in Jackson and Stillwater Township School in Stillwater.

Have you ever built a cardboard boat?  It is much harder than you'd think.  It takes a lot of patience and A LOT of duct tape.  Here is Captain Sam in his award-winning vessel. 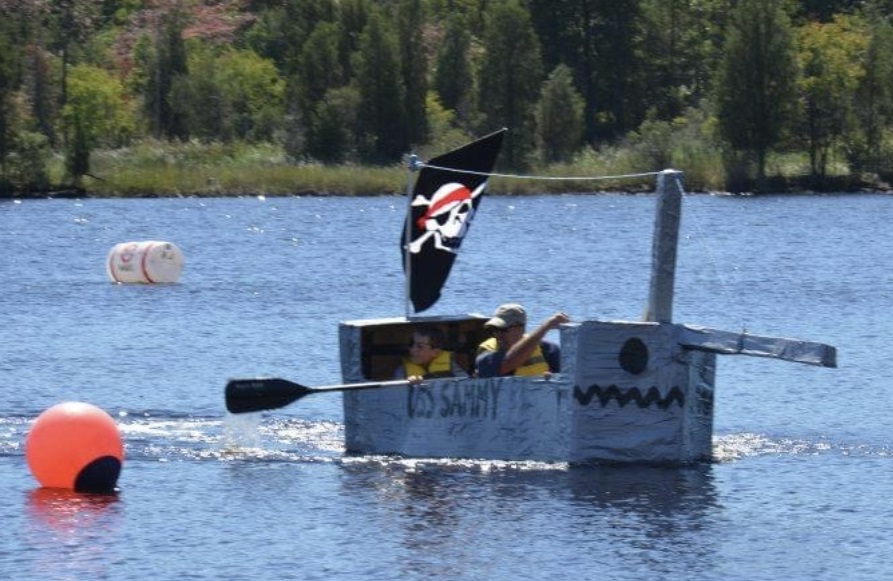 Do you think that building a cardboard boat is just for children?  Think again!  Over the years, some of the greatest minds at Massachusetts Institute Of Technology (MIT) competed in the MIT Head Of The Zesiger Cardboard Regatta.  Participants answered the challenge to build a boat at least forty-eight hours ahead of the race using only cardboard, paper tape, and paint.  The completed vessels were brought to MIT’s Zesiger Sports & Fitness Center for a 30-meter race in the pool.  The boats had to complete a figure eight around a buoy at the far end or the pool before returning to the starting line.  Participants used paddleboards instead of oars.

Check out these photos and video. 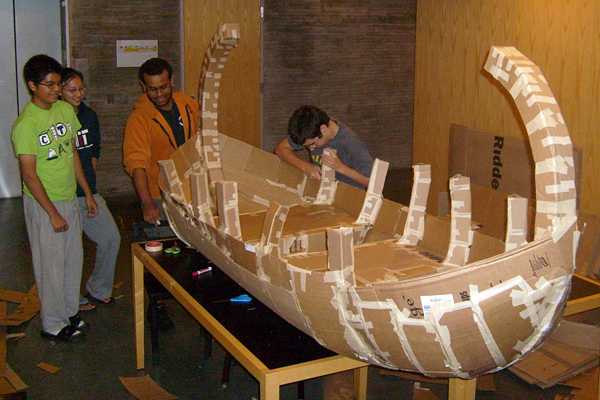 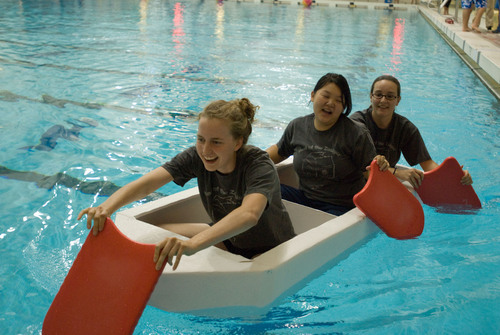 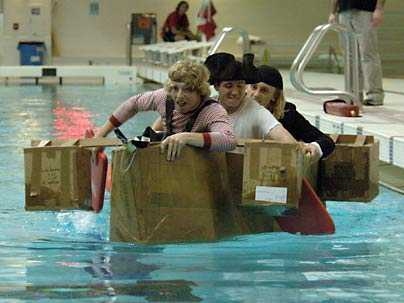 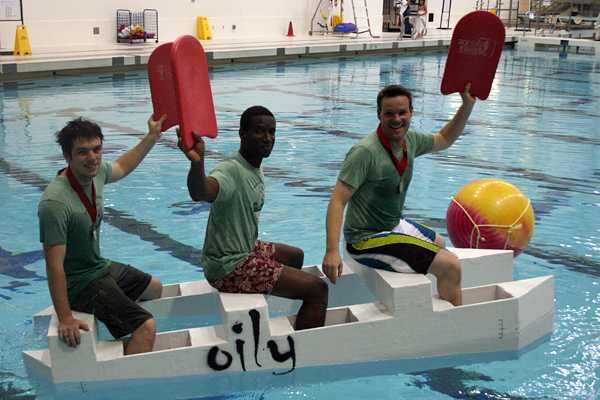 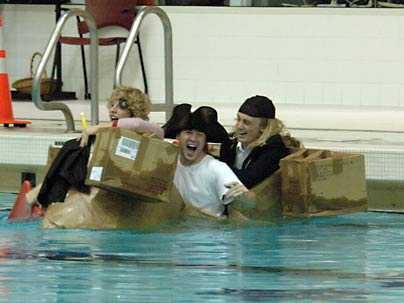 Are you feeling inspired to make your own cardboard ship?  You will definitely need the support of teachers and adults for this project.

If you do, please ask a teacher or parent to share photos of the building of your ship and its testing.  Remember, cardboard vessels sink very easily so be sure that all paddlers are wearing lifejackets and that there is a lifeguard on duty.

And…the cadets sure would be flattered if you’d name your cardboard ship, TS Kennedy.