For grades 9, 10, and 11, Ian spent the first and fourth terms at Monomoy Regional High School in Harwich.  For the second and third terms of those three years, he was enrolled in Mount Snow Academy in West Dover, Vermont.

Ian was brought aboard ORION, his family’s 31-foot Cape Dory Cutter, as an infant.  He ‘came Nantucket Sound was his playground.  When his family purchases a Zodiac as a tender,  and Ian was eager to steer the little outboard, even though he could barely, if at all, see over the bow. From day sails, overnights on the mooring, weekends and vacation weeks aboard ORION to Nantucket and Martha’s Vineyard, Ian lived every spring, summer, and fall on the water.

In 2002, the family added a Wahoo 14-foot skiff with an outboard to their fleet, Ian enjoyed all the voyages and beach trips on that boat as well ORION.

The fleet expanded again in 2005 when the family added a SteigerCraft 21-foot small cabin cruiser.  They named it Le’Ale’A which means “fun” in Hawaiian.  This was a three-season boat for the family as well.

It was not unusual for Ian and his parents to be in the last boat to leave in the sunset from the beach at Monomoy Island.

Ian’s proud mom explains, “This was part of that ‘playground’ that Ian enjoyed and enjoys so very much. He always wanted to steer-the helm and learning how to tell where he was-that was his passion. Of course, in the beginning, he was always the ‘pirate’ swashbuckling around ORION with a pirate hat, eye patch, cutlass and flintlock pistol. He loved to put me in ‘Irons’ as he portrayed the aggressive pirate role, ‘Aye me hearties, now I have you!’”

He became a competitive freestyle skier during the winter months and trained in the summers as well. So his life became a balance of boating and skiing. As part of the West Dennis Yacht Club summer program Ian was in the Sailing Program. He bought an Opti-his own very first boat. We re-rigged the Lucky Duck USA6898 and Ian sailed her proudly for several years. He even had a few one-week camps aboard the Black Dog’s Tall Ships-Shenandoah and Alabama several summers.  What a great experience for a young salt!

Ian has worked 4 summers at The Wequassett Inn for Down Cape Charters in the boat livery. His duties have included launch service, boat rentals and boat tours for guests. To say that Ian enjoys life around on on the water is an understatement.  He lives that life!”

Ian sends a warm welcome to ALL of the PreK-12 students participating in the Follow The Voyage- Share the Experience Program from Cape Cod, Nantucket, and Martha’s Vineyard, where he spent his time boating.

He also sends a high-five to students following from Spaulding Educational Alternative and Christ The King School, both in Vermont where he spend so much time skiing. 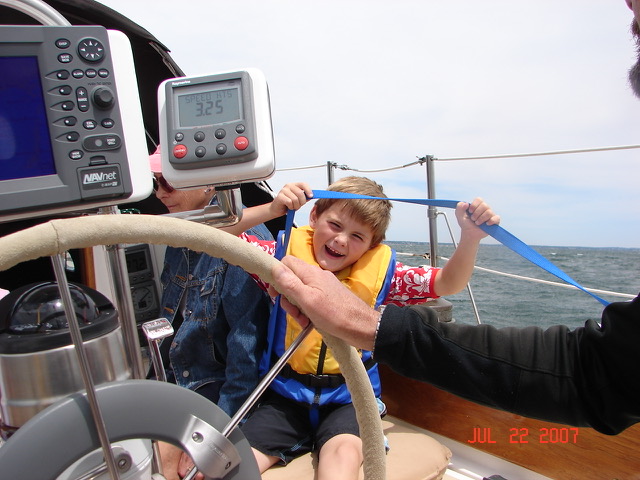 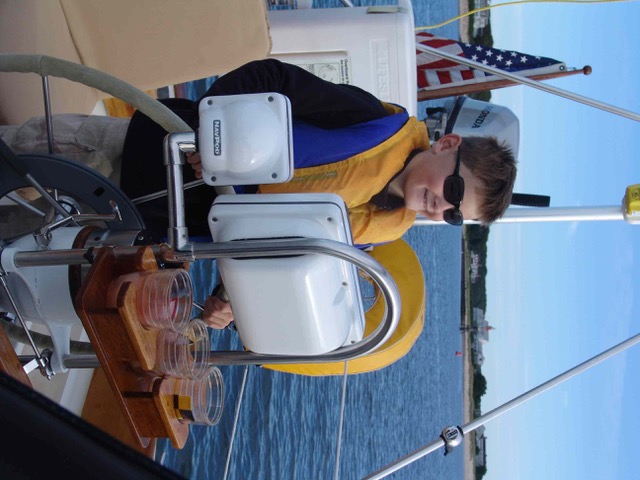 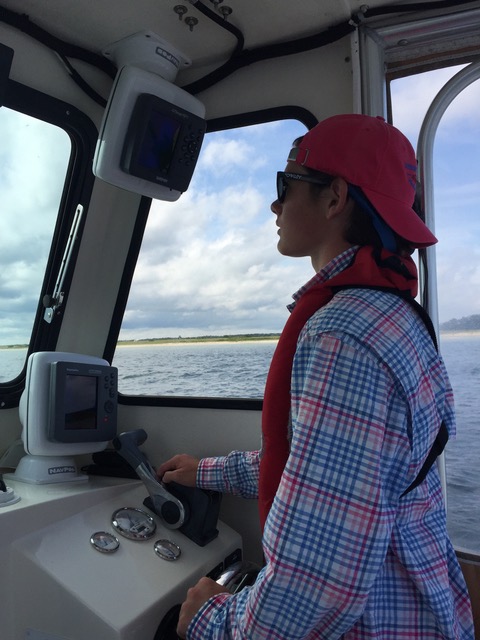