When asked about her son, Eric’s proud mom said, “Eric was literally born with a fishing pole in his hand. From when he could first toddle around, he wanted to fish! Could be in the lake, from a boat or even in the bathtub! When he learned to swim and could be without a parent watching him, he would go kayaking, canoeing, row boating on the lakes in Cranbury and surrounding towns with his friends. He even rigged his bike up in order to tow a kayak behind it to take to the lake in town which was about a mile away so he didn’t have to depend on anyone. We purchased a family boat when Eric was about 11. We would take it out every weekend to the bay, river, or ocean. We had a slip on the Raritan River where we kept it. Eric loved nothing better than learning to drive it and maneuver it around. He has worked on charter fishing boats for many summers now and is accruing hours for his captain’s license. Eric was solely responsible for choosing his career path. It is his passion and his dream to be on the water and have a career doing what he loves.”

Eric is excited to be departing on Sea Term 2023. 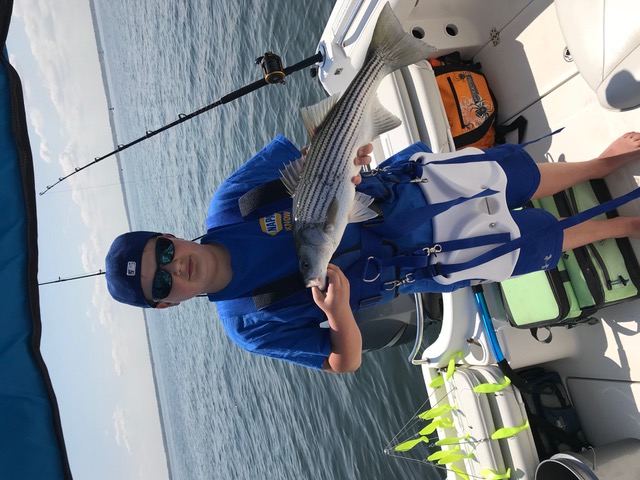