This past weekend the TS Kennedy was docked in Barbados.  This was our first port visit of four and the first time I had stepped foot on land in twelve days.

When we are out at sea there are jobs on the ship that must get done.  These jobs still need to get done when we are docked in port. This means that every day we are docked there is a group of cadets that must remain on the ship. This group changes every day in port and every group gets one port completely off with no days of work.  My off port is Aruba, our next stop. Our first day docked in Barbados, I was in the group that couldn’t leave the ship. I was assigned to the position of Master at Arms on Friday from 0800 to 1200 and 2000 to 2400. Then on Saturday and Sunday I was able to leave the ship and explore Barbados.

Barbados
This was my first time going to an international port on Sea Term because last year we kept it all to US ports. I didn’t know what to expect, but I had heard good things from the cadets that went out on Friday while I was on Master at Arms.

Immediately when we stepped off the gangway (stairs up to the ship) on Saturday, we were immersed in the local culture and traditions of Barbados. On Saturday it was a national holiday that celebrated the day that the country gained independence from Brittan in 1966. 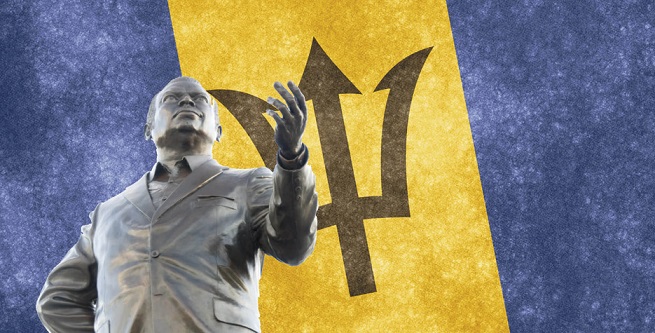 The holiday that McArthur mentioned is called Errol Barrow Day.  Errol was the first Prime Minister of Barbados.  The holiday is celebrated on his birthday.

This is one of the great things about being a Marine Engineer, you will get to travel all around the world on amazing engineering marvels at sea while getting to immerse yourself in different cultures and meet new people. I still have the great Caribbean music stuck in my head from all the taxi rides around the island. While in Barbados I went to the beach, local shops, and restaurants. 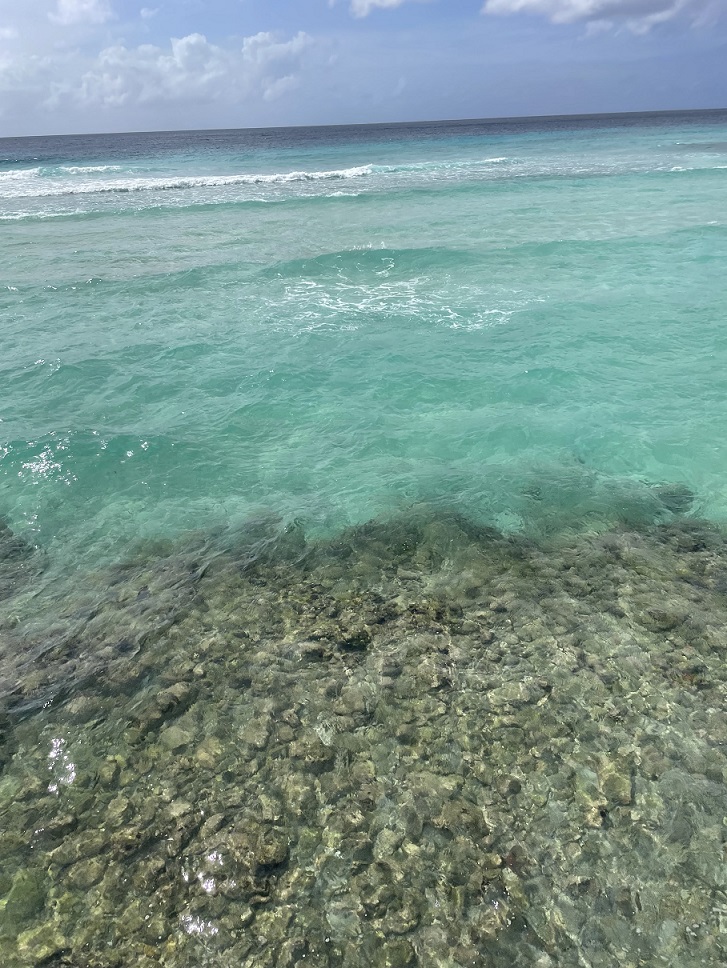 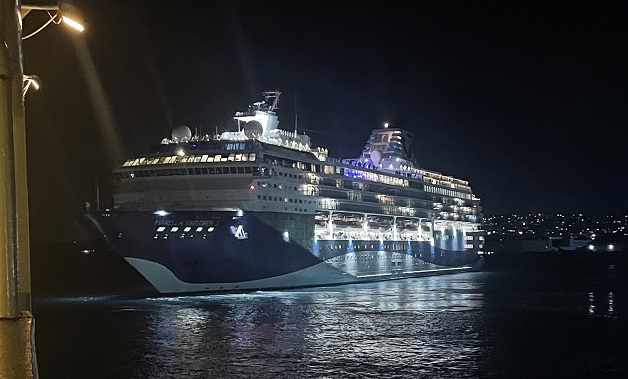 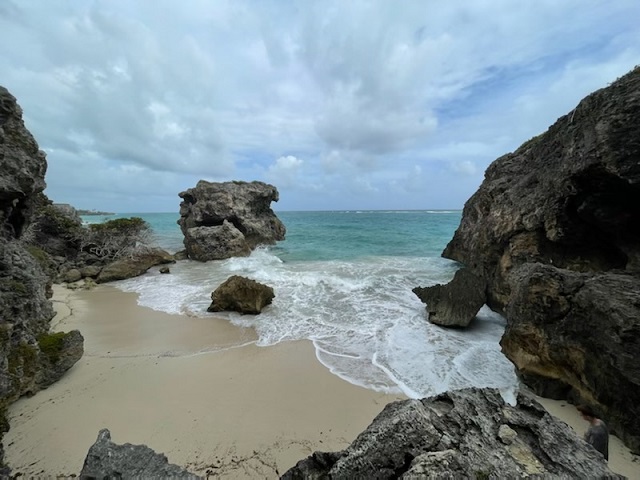 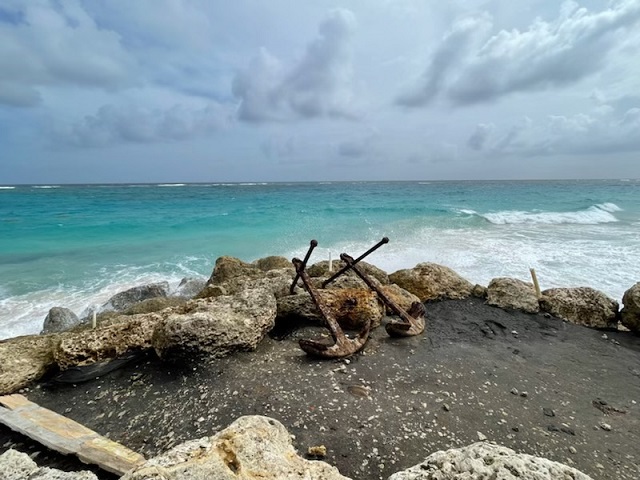 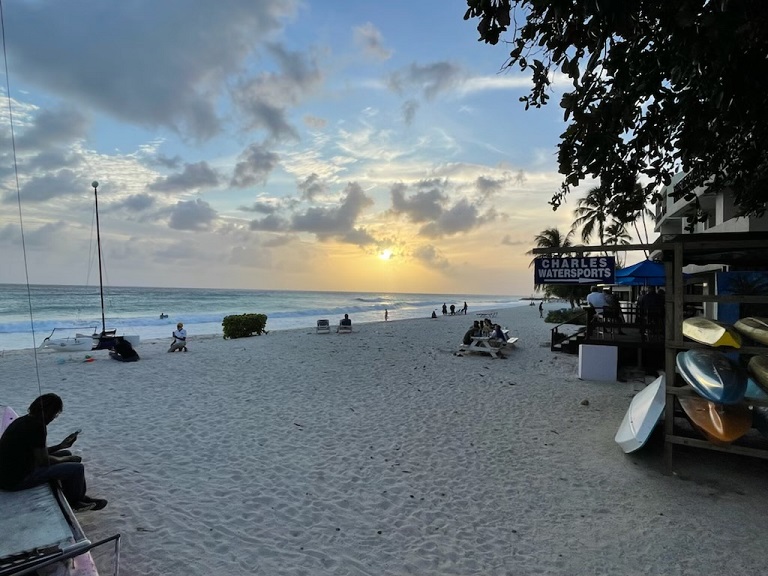 While I was exploring the island the TS Kennedy was docked in port. Many may think when the TS Kennedy is in port, we can just turn off the “engine” like you would with your car. But we don’t turn off the “engine” in port. This is because the ship’s engine is still being used to produce electricity and operate other vital equipment like the air conditioning and freezers. The TS Kennedy is a steamship which means we boil water to make steam which is then used to turn the propeller.  The steam is also used to make electricity for the ship. Although there are no longer many operating steam ships, learning on the steam ship TS Kennedy is fantastic because steam is still being used all around you on land from power generation to manufacturing. Also, while in port we connect a potable water (drinking water) hose to the ship so that we do not have to make our own water onboard while docked.

Coming Up:
Until we arrive in Aruba on Friday, the division that I am in will be on utility, I will be on Master at Arms, Mess Deck (cafeteria) cleaning, and general ship cleaning. Now that we are back at sea life on board has gone back into its normal routine with classes and watches continuing.

In the coming days before Aruba, cadets onboard will be studying hard in preparation for a big exam before we arrive in Aruba. The sophomore Marine Engineering students will be taking there “oilers exam”.  This test will focus on safety, diagnosing and responding to casualties, and Engine Room machinery onboard.  This is a very difficult test that encompasses a lot.  During the semester before sea term we took this exam and the very few cadets that passed will not have to take it again. I do not have to take the exam again luckily.  Instead I plan on spending the time in the Engine Room studying for future assessments I will have to take.

Again, please email in any questions you would like me to answer. I hope you have enjoyed this blog. I will be back on Thursday with another.

Thank you so much for another great blog, McArthur!  You always include small details that educate all of your readers.

Congratulations on not needing to take your oilers exam.  That is quite an achievement.  I think that it is great that you will spending your free time in the Engine Room, learning as much as you can.  You are such a great role model for Follow The Voyage-Share The Experience Program participants of all ages.

As always, we look forward to hearing from you later in the week!