Tuesday morning started like any other day.  I woke up at 0725, got dressed in my boiler suit. and grabbed all my tools. I then headed to my morning muster where we would start our morning maintenance from. The morning was beautiful with sunshine all around.  There were some light waves full of floating kelp giving the TS Kennedy a light rolling back and forth. Once we were mustered, we were assigned our jobs for the morning.  My group was tasked with going through the trouble log. The Trouble Log is a place where anyone can write down things that are broken that need the attention of the engineers to fix. The engineers go through the Trouble Log every day and fix everything in it. In the Trouble Log that morning there were two sinks that were leaking in the kitchen.  There were also a dishwasher and a toilet that needed to be fixed. The morning session of maintenance for me ended up being calm with only some small fixes needed throughout the ship. However, the calm morning didn’t follow us into the afternoon.
Onboard a ship you always must be prepared for anything the seas, or the ship could throw at you. Therefore, you must always be prepared to respond to any type of casualty (problem) quickly and safely. Therefore, we practice drills during onload week and even learn how to respond to certain types of casualties throughout the school year.
After lunch we went to our afternoon maintenance muster, I didn’t know it at the time, but this was the calm before the storm. In the afternoon I was working with the same group from the morning, we went back to check on a couple of things we had completed earlier in the day to make sure everything was still okay.  It was. Since we were finished with our list of jobs, so we headed back to the engineers shop to see if anything else needed to be done. Then suddenly when we were in the shop we were told “There’s flooding! Grab supplies and head there.”
We immediately started grabbing buckets and vacuums from the engineers shop and headed to the location of the reported water. In the past I have seen some light flooding which has always been easily taken care of with just vacuums and mops, and that is what we all thought we were going into due to the location being three floors above the water line of the ship. However, when we arrived, we were stunned by what we saw. 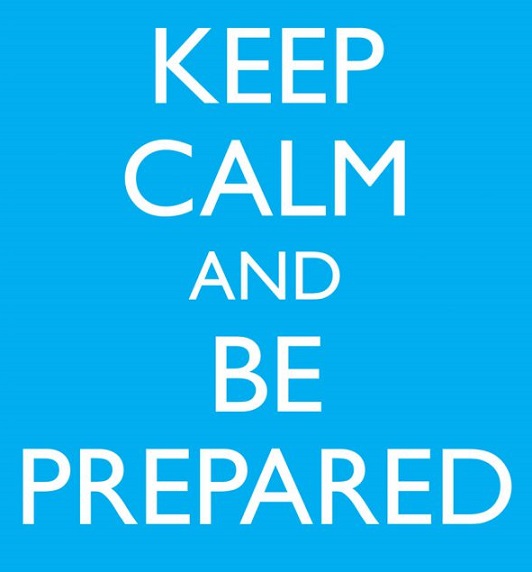 In front of our eyes was a hallway with three rooms flooded with over a foot of water in them at the deepest parts! It was immediately clearly that it was not going to be just a light vacuuming to clean up. And you remember those light waves outside I mentioned earlier. Well, being three stories up caused the flooded water to slosh back and forth which created havoc inside the rooms. Image everything you happened to leave of your floor this morning just starts floating in over a foot of dirty water. As I stood in the water everything you could imagine floated by me from boots to large speakers. Speaking of boots, the water was well over my boots and they quickly filled with water. As we begin to set up our clean up response, a different group had shut the leaking water down and were looking into what was going to be needed to be repaired. At that point we found out that the water was luckily just from a pipe filled with saltwater that we use to flush our toilets with. While I began my initial response, more teams of cadets and staff members quickly arrived very well equipped with multiple pumps to begin removing the bulk of the water after hearing the flooding alarm. I was standing in the water with a hose connected to a pump and tasked with keeping any floating debris out of the pump while others began using buckets and more pumps to remove the water. At this point the flooding had been stopped for some time and the level of the water began to decrease slowly while the repair work was being completed on the pipe. It is important to repair the damaged section quickly so that the rest of the ship will be impacted as little as possible.
During this whole casualty everyone involved did an excellent job quickly and safely responding to the problem at hand. When the pumps finished removing the bulk of the water, we began using vacuums and mops to remove the remainder of the water. This is when we realized how long the rest of the cleanup was going to take. Although almost all the water was pumped out at this point from the rooms, the water just kept on coming out from the bulkheads (walls). This was because when the rooms were filled with water so were places like inside the bulkheads and under the racks.

We were able to remove the bulk of the water from inside the bulkheads through access panels but the rest we had to wait for it to seep out so we could clean it up. This process took hours to complete so we all took turns eating and volunteered to stay late to clean it up. After the water was completely cleaned up and the pipe had been repaired did, we left the scene.

It is days like these that make being a Marine Engineer so interesting and fun. You never know what you will have to deal with or where it could be on the ship. But one thing you do know is that you will be the one responding to it because it is just you and your fellow crew members when out at sea. When you are a Marine Engineer and you are walking around your ship, you will find yourself constantly thinking of possible casualties that could happen around you and how you would safely respond to them. This, and constant training, are what caused the flooding casualty response to go so well and to be cleaned up quickly. Due to the quick response of all personnel to the scene and the teamwork displayed there the cleanup was a great success.
Coming Up:
Barbados is on the horizon, and we will be there from Friday to Sunday. On Friday, I will not be able to get off the ship because I have a Master at Arms Shift but the other two days, I will be exploring the island and watersnearby. If you have any questions about how we deal with casualty on board, or any other questions please email them in so I can answer them.

I hope you enjoyed reading this more exciting blog today and who knows what tomorrow will have to offer.
Shout out to 3/C James Culkins from Nantucket who did an excellent job responding to a casualty in the Engine Room on Thursday.

Wow!  What a blog, McArthur!  I was on the edge of my seat as I read it.  All of our student followers have probably witnessed  a flood at home, while visiting a grandparent, or at school.  When leaks occur, they often cause a major mess.  On land, we have the option to hire a plumber to assist with the repair.  There are even companies that will come to the location of the flood and handle all aspects of the cleanup.  Calling outside help is not an option on a ship at sea.

When I began reading your blog, there were a few moments when I thought, "Am I going to be able to print this?"  I was worried that the story might worry our student followers - and cause parents of cadets to panic.  Then, as I continued reading, I discovered that you did a wonderful job explaining how cadets and crew members worked together to resolve the problem calmly and efficiently.  I wish that I had been their to witness the skills that were demonstrated and and teamwork that took place.

This was, by far, the best blog I have ever received.  It shows how well-prepared our cadets are.  It is a perfect example of why Massachusetts Maritime Academy is called "The Commonwealth's Leadership Academy."