This week, we’re shining a spotlight on Juvi, Massachusetts Maritime Academy’s cherished baker.  Since the training ship departed Buzzards Bay on January 8th, he’s been mixing up sweet magic in the galley every evening.  In previous years, Juvi would spend the entire Sea Term baking for the cadets and crew. This year, because of obligations back home, Juvi will be disembarking in Aruba and returning to Massachusetts.

When Juvi begins baking his coconut macaroons, word spreads through the ship.  Cadets know that they can make it through even the most challenging maintenance task if Juvi’s sweet, chewy cookies with cherries on top are waiting for them in the Mess Deck.

Juvi gets right to work when he steps into the galley.  Since cookies aren’t the only thing on his long baking “to do” list, there’s no time to waste.  For dry ingredients, he prefers to use a baker’s balance beam scale, rather than bothering with mixing cups of various sizes.  He quickly places weights on one side of the scale, then adds the dry ingredients to the scoop on the opposite side until it balances perfectly. 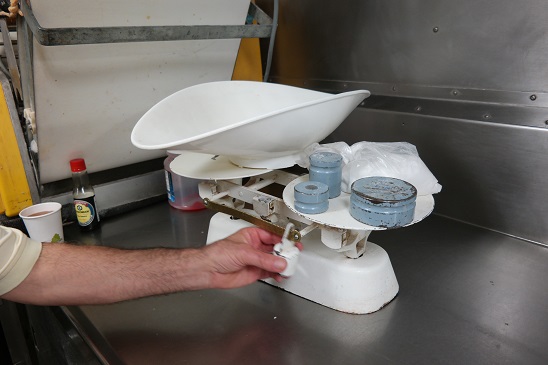 The eggs, sugar, and coconut spin for less than ten second in the large floor mixer, creating dough the color of Caribbean sunshine.  Juvi brings the bowl to the counter and grabs an ice cream scoop.  His hand moves at top speed, dropping mounds of dough in straight lines on oversized cookie sheets.  All that’s left is the finishing touch.  Both of Juvi’s hands fly back and forth as they place one bright maraschino cherry on each mound. 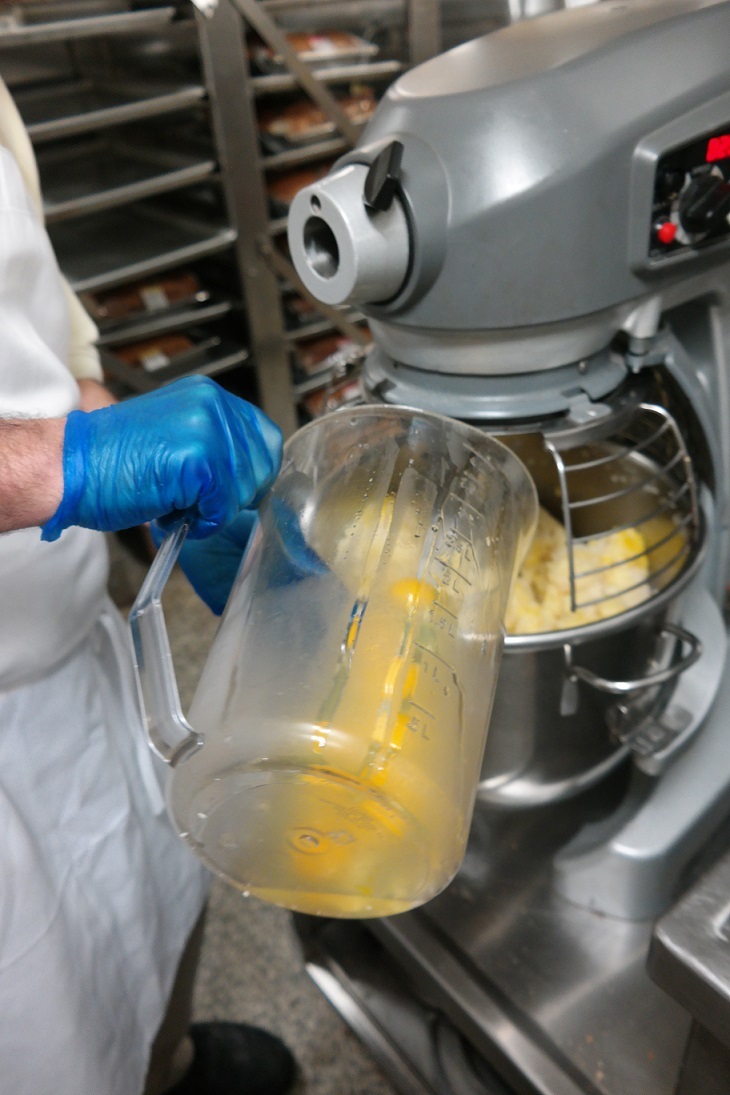 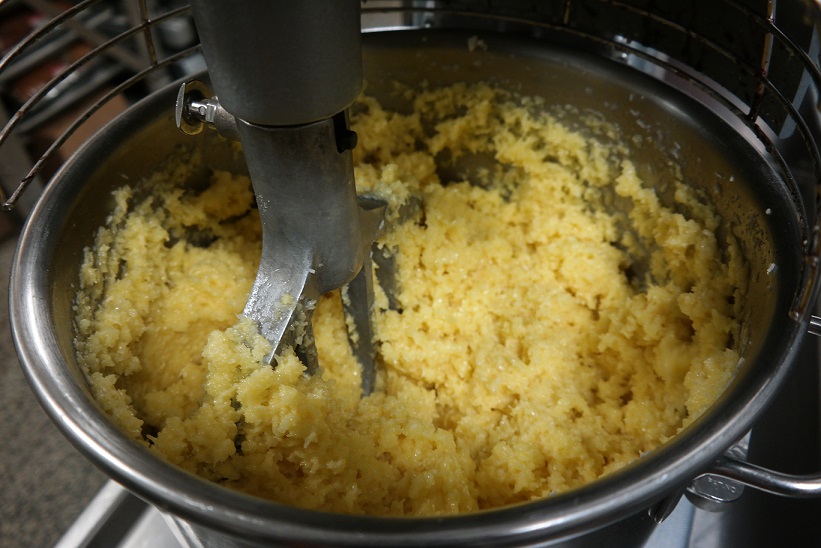 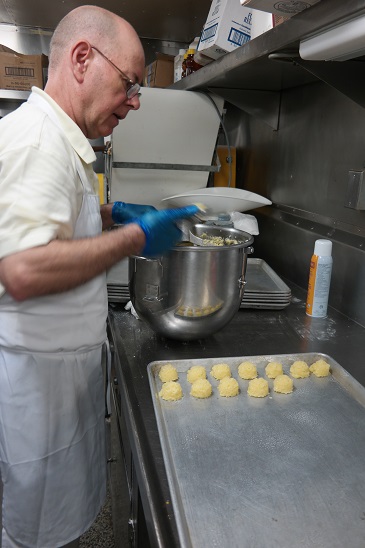 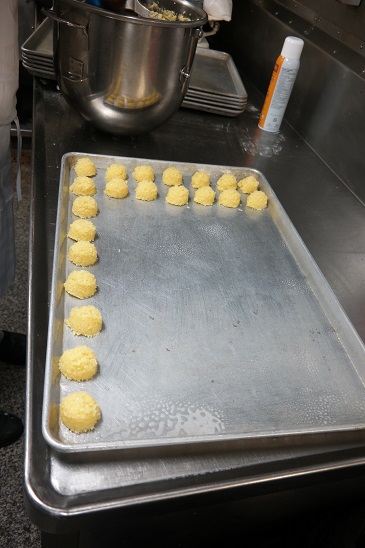 Macaroon Mathematics: Create two different addition equations to identify the number of mounds of dough on the cookie sheet. 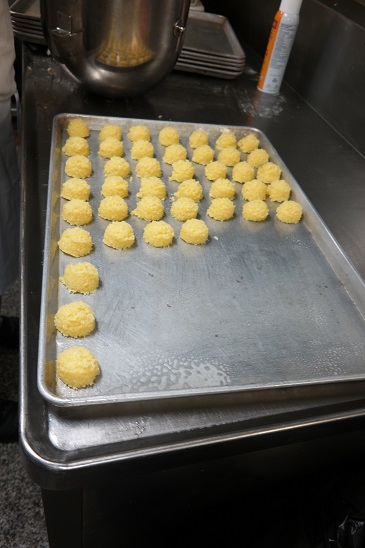 Macaroon Mathematics:
A.  Create two different equations to identify the number of mounds of dough on the cookie sheet.  You may use addition only or a combination of addition and multiplication.

B.  How many mounds are needed to fill the cookie sheet?  Explain and show how you know. 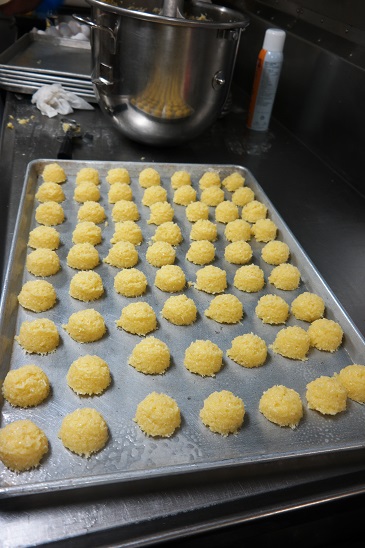 After fifteen minutes in the oven, the macaroons are cooked to a golden-brown perfection.  The scent of sweet coconut drifts up to the Bridge, down to the Engine Room, and everywhere in between.  Cadets and crew members take a deep breath.  They know that tomorrow is going to be a great day. 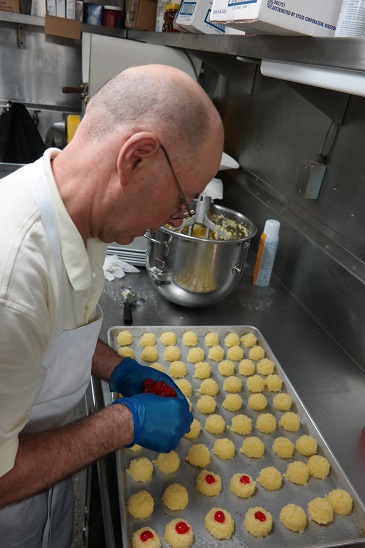 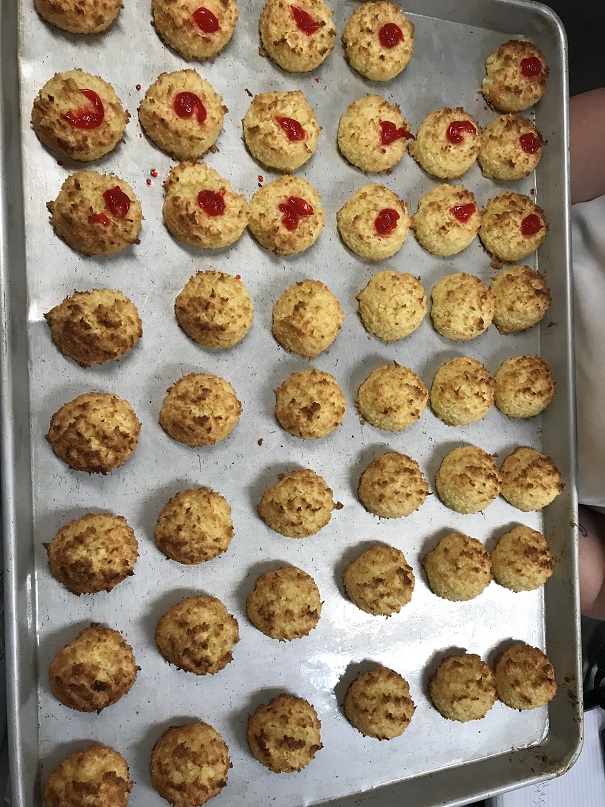 Macaroon Mathematics:  Create an equation to identify the number of mounds of dough on the cookie sheet that do not have cherries. 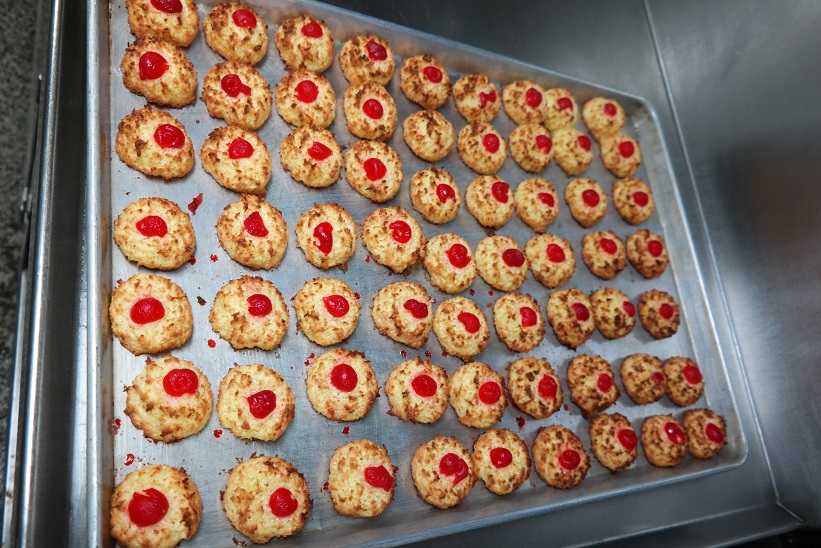